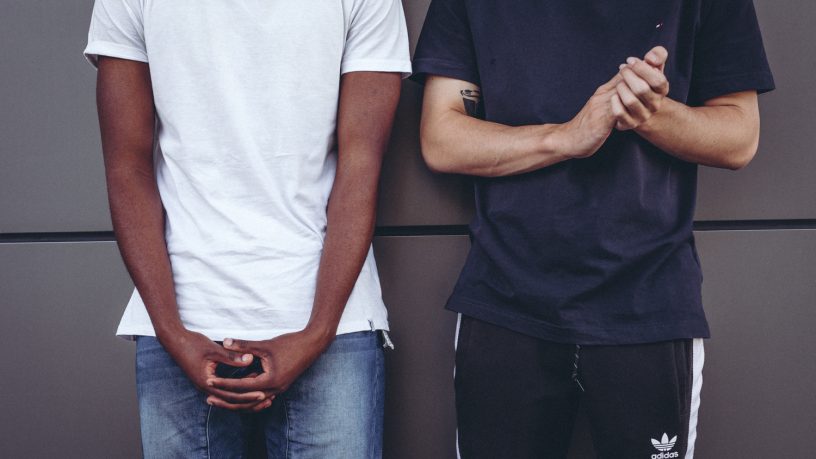 I: I met Tyler near the end of last year after he'd released this song called 'Now & Then' featuring Morgan Fraser who I'd just worked with for the first time on a song from my debut LP 'While You Wait'. We'd both heard and liked each other's work. It was at a stage where I didn't know too many people who made music, so a few months after hearing the song and wanting to get to know some people in this thing, I contacted him and we set up a meeting in the city. Within the next week or so we released a cover of Come & See Me by PartyNextDoor (feat. Drake). It received a great response from people. During one of our sessions he'd told me that he was working on his debut EP 'Emotions'. His sound and work ethic made me want to be involved and we ended up collaborating on Need It and UT - which was originally intended for a solo release of mine. I think the way that our collaborations came out made us want to do more.

Each other, Morgan Fraser and Arno Faraji

Shooting videos for songs off of the EP, playing live shows and doing press for the EP.

Releases by Tyler Rivers x I