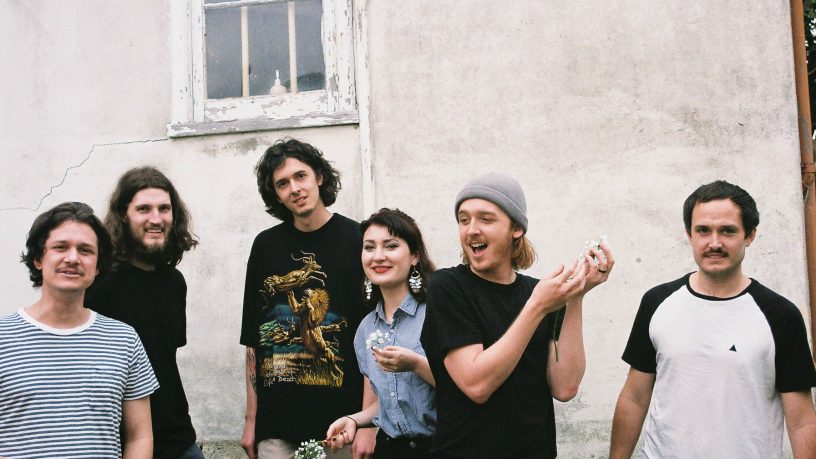 Fusing cruisey funk driven indie-pop and moody electronica with tunes that make you want to dance down the hall or drift away on a cloud.

In 2015, after the end of previous musical projects James Stefanuto & Ryan Adair continued to write music together. After a six months of writing music James left Australia to travel and do journalism while Ryan continued to work on music. By the pool side in Thailand one holiday that year Ryan asked Charles if he'd like to play in a band with him, he had all this music and no one to play it with. After many cocktails later Charles agreed. Once back in Perth they began writing together while forming the band that was to become Ah Trees (with the help of friends Harry Livings, Zach Taylor & Tom O'Reilly) and went on to release their debut track 'Bodies' that same year.

The band have released three singles & a debut EP, all gaining national radio play, supporting the likes of Northeast Party House, Gypsy & The Cat, Jeremy Neale, Tired Lion & Katy Steele, had the opportunity to perform at Perth's final Beaufort Street Festival, WAM Festival, RTRFMs Distant Murmurs and played a top three spot in the Path to Laneway Showcase 2016 - as well a run of sell out headline shows in their home state. The band completed their first national tour at the end of 2016, playing to Melbourne, Sydney & Adelaide. Ah Trees were nominated for a WA Music Award in 2016 & were also in the top twenty most played artists on Perths RTRFM for 2016.

Ah Trees are set to release the follow up to their debut EP with new track ‘Do It All Wrong’, as well as a tour of their home state in celebration of the new single this October. The single is the first take from the band’s upcoming sophomore release and sees them bring in friends and fellow artists with Sydney’s Moody Beach on guest vocals and Cameron Parkin (Miami Horror, Lastlings, ATLA) on production. The band are touring WA in celebration of the release!

Do It All Wrong