AppleBite the Beggars on Acid 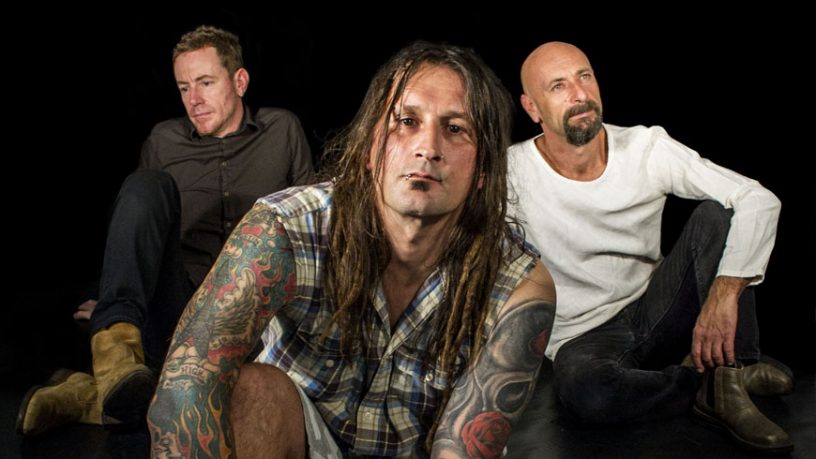 Applebite the Beggars on Acid was initially started as a project by Welshman Justin Powell. During the early 90’s the highly influential Seattle Grunge music scene was dominating the music charts and Justin was heavily inspired by this music movement that included the likes of Soundgarden, Alice in Chains, Nirvana and Pearl Jam. This led to the origin of their name “Applebite”, which originally come from a Soundgarden song off the album “Down off the Upside”. Word was that late one evening Justin happened to be looking out a window and saw beggars out on the street corner tripping out-… ”Applebite the Beggars on Acid”. In 1998 Justin relocated to Australia and settled in Denmark WA. It was here that he formed his first trio. Many years later they released their debut album titled “The Corrupted Generation”. After some personnel changes Ryan “Dutchie” Holland, an Albany based multi-instrumentalist promptly settled in behind the drums with Rod rounding out the trio on bass. They subsequently relocated to the “big” city of Perth which enabled them to develop a larger fan base and play in a larger number of local venues. The trio then recorded an EP, “Down to the Core”. Justin’s playing and writing had matured tremendously and the 3 tracks showcased a West Australia Grunge sound that had become identifiably their own. In 2011 Paul Jorgensen, a South African bassist replaced Rob and joined the group and they started to explore darker themes with a much more prominent bottom end. This new line-up started playing more shows in Perth, Denmark and Albany and audiences started paying closer attention to the music emanating from the stage. In 2012 they were approached by Terence Tang, an ECU student completing his film studies. He directed the subsequent video for their single “Fix Me” which was then officially released a month later. 2013 saw AppleBite the Beggars on Acid release their latest CD titled "The New Anti- Social". These new songs reflected a maturity of the group. In mid 2013, Ryan Holland announced he would be leaving the group to focus on his own music. The Bites quickly found a replacement and within a month played their first show with Neil Hawkes , an accomplished drummer based in Freo. There have now been many shows with Neil and his drumming has added a new dimension to the sounds of AppleBite the Beggars on Acid. They are currently seeking an Australian booking agency to assist with their plans to get on the road and test drive the music on audiences who desire some authentic desert grunge rock and roll.   They are a great live act, always go off for the crowd......

We are currently writing new material for the next CD

Releases by AppleBite the Beggars on Acid