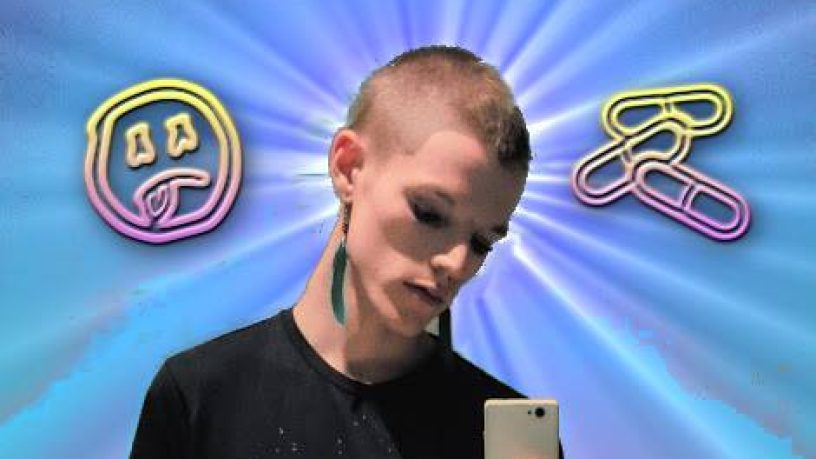 My music is tied by a cohesive undertone of “aquatic” themes, at once bubbly n atmospheric. I want to convey the dynamic nature of water; both its gentle, calming and healing properties and its ferocious and frightening power.

From the atolls of Bermuda to the depths of the Mariana Trench, Bermud∆ is a sonic guide through the diversity of one of our most precious resources; good ol’ H20.

I played clarinet, acoustic guitar and electric bass growing up and after playing in a hardcore band in high school and a math-rock band post-high school began to develop an increasing interest in leaning more towards the solo electronic production side of music. I started out making beats in 2012 and have only just now reached a level at which I feel confident really networking and getting myself out there.

I was interviewed last year on RTRFM's All Things Queer show by Natalia Velmin, to talk about my queer activism and its intersection with my musical and other creative endeavors. I have since received plays on Cloud Waves from presenter Cale Morgan, as well as being featured several times on 3RRRFM Melbourne's Queer the Way program.

Right now I have /just/ put out my debut Bandcamp release after many many Soundcloud tracks that were really just my testing the waters (no pun intended) - titled "Lost Opportunities to Communicate (My Love for Ruby", it's a trap/hip-hop tribute to my late sister who passed away just last week of heart failure due to Marfen's Syndrome. I'm also wrapping up the final touches of my debut EP, "Aquarius", a four track release set to launch in roughly a fortnight.

Off Broadway, To Give