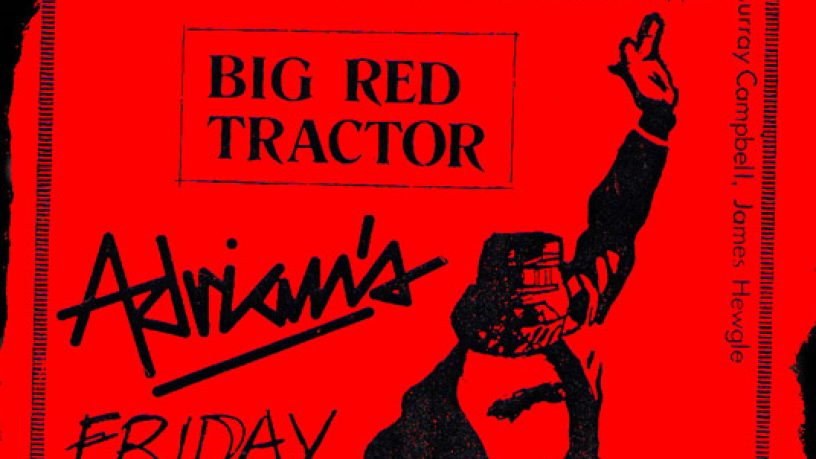 From the post Punk angst ashes of the Confessions, a change in musical direction was on the horizon with Rob Baxter, Doug Hedley and Andy Gill forming BIG RED TRACTOR, a funky three piece outfit.Rob was lead singer and song writer for the group for seven months, performing a handful of gigs and writing songs such as The Game and their one and only hit More Air before eventually leaving.Other members included Terry Chellappah, Peter Stafford, Neville Anderson and Kirke Godfrey.They released an album on an independent label and continued to perform on the live circuit until the 1990’s supporting groups such as New Order, Hunters & Collectors in the eastern states.When the group disbanded, there were no original members left.

The Higsons, Defunkt, Gang of Four, Haircut 100 and New Order.