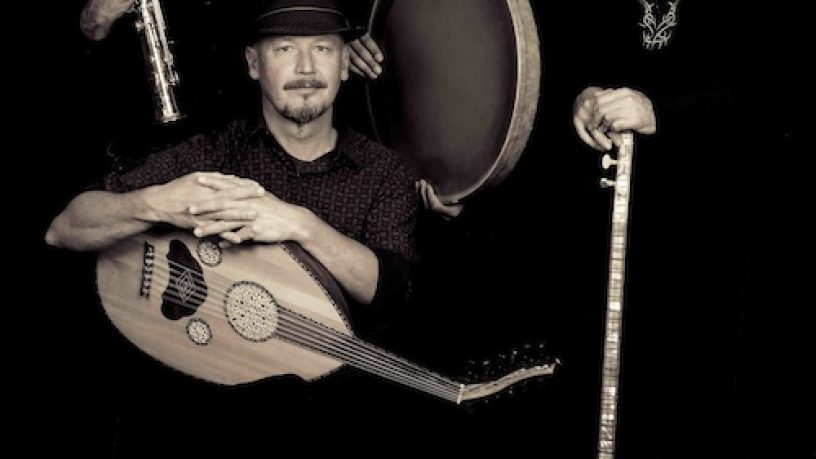 Daramad explores the confluence between the music of the eastern world and improvised jazz. A mix of Persian and Australian backgrounds, they perform an original repertoire, as well as innovative arrangements of tunes by famed composers of the Islamic world.
Daramad’s sound is a tapestry of woodwind and string textures, interwoven with dazzling rhythms played on traditional Persian percussion. Performing a broad sweep original repertoire, Daramad draws on Persian, Turkish and Arabic influences, all filtered though an Australian sensibility grounded in jazz and western art music.
Akin to a Persian carpet of vibrant tonal colours and subtly evolving motifs, there are many strands to Daramad’s sound – vivid interactions between the brightly toned Turkish baglama lute, double bass and winds and the rhythmic drive that propels the music, coalescing traditional influences with the improvisational energy of jazz.

In the Persian classical tradition the term Daramad refers to the process of beginning, appearing or emerging. The group emerged in 2009 in Fremantle during a series of improvised concerts aimed at bringing musicians of different cultural and musical backgrounds together at Kulcha Multicultural Arts of Western Australia.