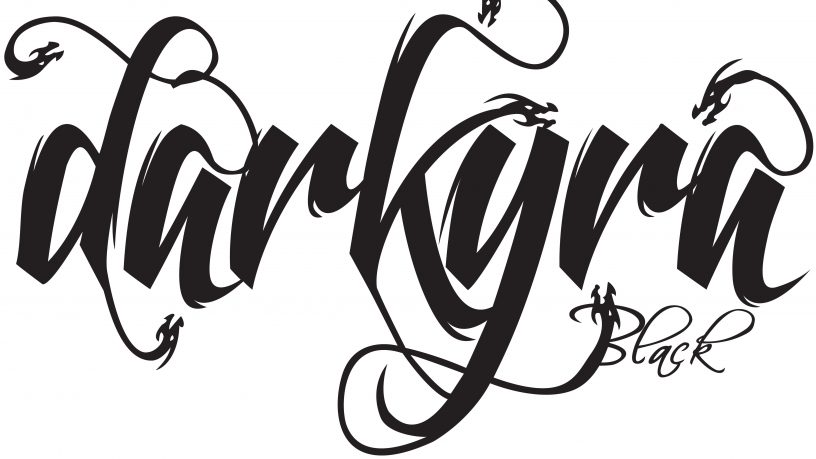 ABOUT DARKYRA The Story - Darkyra - Something special, something you have never heard before! "Upon first listen you may liken it to industry greats such as Within Temptation or even Tarja (ex-Nightwish) but in doing so you wouldn’t even come close. Very few women in the industry are able to weave music in such as way as Darkyra and make music her own muse." - EvilG, Metal Rules (Sep 15, 2013) Scene 1 – Dragon Tears It was through the company ‘Online Recording Masters’ based in Athens Greece that vocalist and songwriter, Darkyra Black found the musicians for what was to become her very first record called ‘Dragon Tears’. Owner/musical arranger George Boussounis formed an introduction with drummer/producer Garry King (Jeff Beck, Joe Lynn Turner) and ideas for the concept started to evolve between the three. Three additional members were brought in to join the ranks of the Darkyra Black team for the 2013 recordings, guitarist’s Paul Jupe, Betovani Dinelli, and keyboard player Fab Jablonski. The first Darkyra Black track prior to the full album release came out on an official video for the single ‘Tears by Candlelight’ in 2013 generating much interest in the full record. "Dragon Tears" a concept album based on a Gothic interpretation of a geisha like tale that ends in tragedy, love, loss, lust, betrayal and revenge, was released in February 2014, and built instant critical ac claim internationally as a fine blend of symphonic/gothic metal with powerful vocal performances and progressive/classic rock elements of traditional pentatonic music with an overall ‘Cinematic’ sound and feel. “All eleven numbers here are different but are very fluent and offer up musical highlights galore, too numerous to mention, ensure you keep the CD in the player to the VERY end. To summarize, Darkyra is Dark, Passionate and Edgy and demonstrating fine vocal prowess” - Ravenheartmusic Review (6th February 2014) Scene 2 – Of Fools and Gold Now with the first record under her belt and amazing reviews it was time to set the scene and start the next stage of creating songs and music for a second follow up album and plan ahead for live shows and touring. In January 2014 even before Dragon Tears was officially released, Darkyra had already started work on 15 new track ideas ready for an April studio sessions deadline in the historic city of Athens. With George and Garry being based in Europe plans where laid for the three with guitarist Betovani and Keyboard player Fab Jablonski to start work recording drums, guitars, guide keys and main vocal parts for what should be the most amazing and powerful follow up record in the Darkyra hystory. October 2014, changes were made to Darkyra's lineup with new members from Perth, Western Australia. 'Fool' is anticipated to be released 1st April, 2015. Again with a very strong story line, searing string sections and memorable melodies, vocal performances and songs the yet to be titled record will surely prove that Darkyra Black has set a standard very hard to beat and certainly hard to ignore both lyrically and musically. Scene 3 – Yet to be written.......

about to release second album 'Fool'