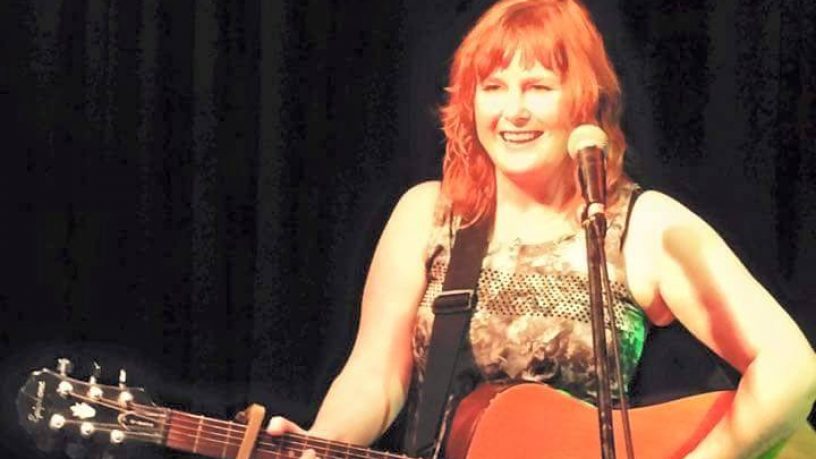 Picked up a guitar and wrote some songs then got gigging, some years back.

Think Mazzy Star meets The Sundays. Melodically rich storytelling, electro acoustic folk rock musings and imaginings. Emotive and honest vocalisation in the vein of Emily Lubitz (Tin Pan Orange) and Zooey Dechanchel . Add to the mix original compositions drawing tempos and flavour from the Irish and flamenco genres.Donna has leapt back into the music saddle with gusto this year. She recently performed in the sell-out Perth Fringe Festival “Brothers and Sisters” which featured the music from the soundtrack “Oh Brother Where art Thou?” appearing alongside an esteemed cast of Perth performers. Donna has also presented a series of solo shows at venues such as Defectors Bar (Mt.Lawley), Choo Choos Bar, (Perth CBD), Swan Hotel (Fremantle) and the North Fremantle Bowling Club. This acoustic songstress has been writing, performing and delighting appreciative listeners during a musical career that spans two decades. Back in the early 90s, Donna was to be found strumming her tunes at various Fremantle venues in Fremantle. Fast forward a few years to the late 90s in Melbourne, where she formed the bands Lunasea (shoe-gaze) and Dosil Lisod (garage rock) ensembles and performed regular gigs in St.Kilda and Fitzroy, Collingwood venues. Nowadays she can be heard presenting solo performances around Fremantle and Perth, highlighting her evocative vocals and telling tales of love and the struggles and triumphs of life.

Performing in Fringe Festival 2015 in "Brothers and Sisters" with members of Stoney Joe and Simone and Girlfunkle.

Solo , but working towards the addition of added vocalists and bass