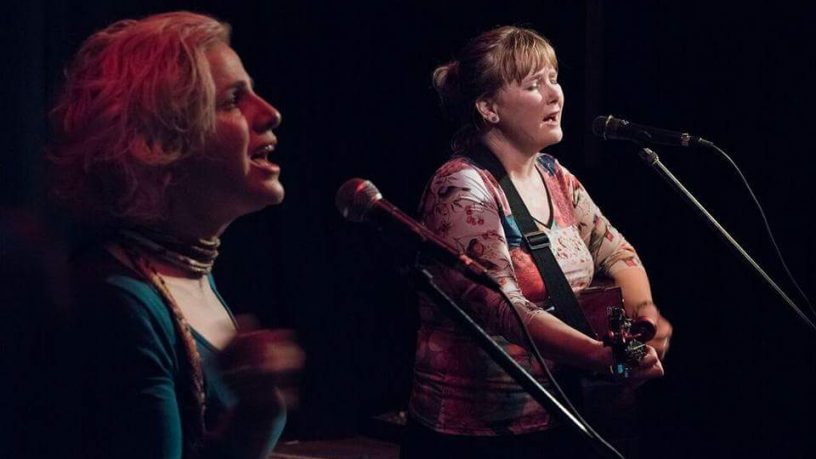 Kate and I met in 2015 while in rehearsal for a Fringe Festival Show we were both performing in called Brothers and Sisters. The "Brothers and Sisters"show included a large cast of Perth musicians and we performed the music from the film 'Oh Brother Where Art Thou?' I really loved Kate's vocal timbre and warmth and I knew she would add something lovely to my songs. So I invited Kate to add harmonies to a recording project I had started. Not long after, we began playing some gigs together. Nathan Manage recorded my EP Hidden Gem at Sweet Cheeks Studio and played drums on the EP. So I invited him to join me to play drums for the Hidden Gem EP launch at Mojos. Kym Hales I met many years ago and we jammed from time to time. He was happy to join the band for the launch also. I met Julian Nichols when he was busking on violin, outside my Coles some years ago. I expressed interest in working with him some day. Lucky for me he agreed to addd violin to Hidden Gem ,2 live recorded videos and play at the EP launch also.

We are working on new songs and rehearsing for more shows. New music clips to be released soon and more recording of new songs. Planning for festival submissions!