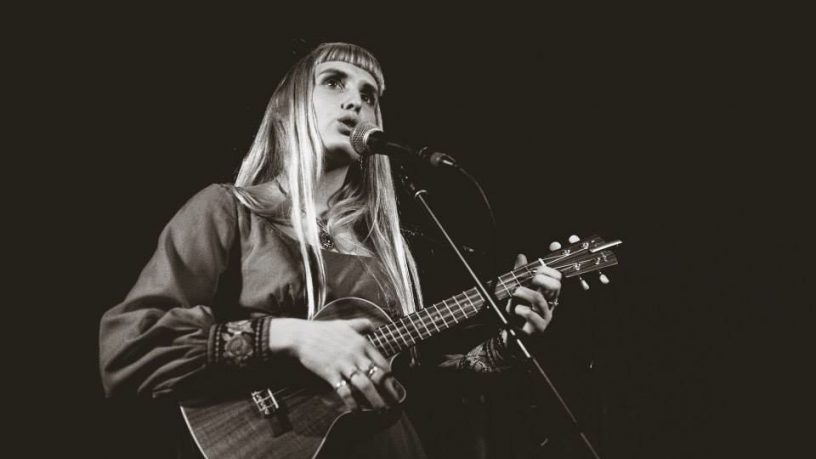 Singer/songwriter with a combination of folk, pop, soul, jazz and alt country sounds. Self accompanied on keyboard and ukelele, with a distinctive voice. Honest songwriting, with an organic sought of sound, a silken tone of voice with a little huskiness.

I started writing songs throughout high school, studying music alongside Alex Reid (drummer) and Shaun Liddell Jennings (bass) and soon after I played a few solo shows I asked them to form my backing band along with Shaun Mcilroy (guitarist) and we recorded an EP together in 2014. I play gigs in varied ensemble sizes and to perform a trio gig, I approached fellow singer/songwriter and frontman of These Winter Nights, Lucas Jones (Guitarist/Backing Vocals) to perform smaller ensemble gigs with me.

Releasing single 'Still On The Line' at The Bird in 2014, Playing in the Semi Final of The Big Splash Band Competition 2014, supporting nationally touring artist Sam Buckingham.

Still On The Line