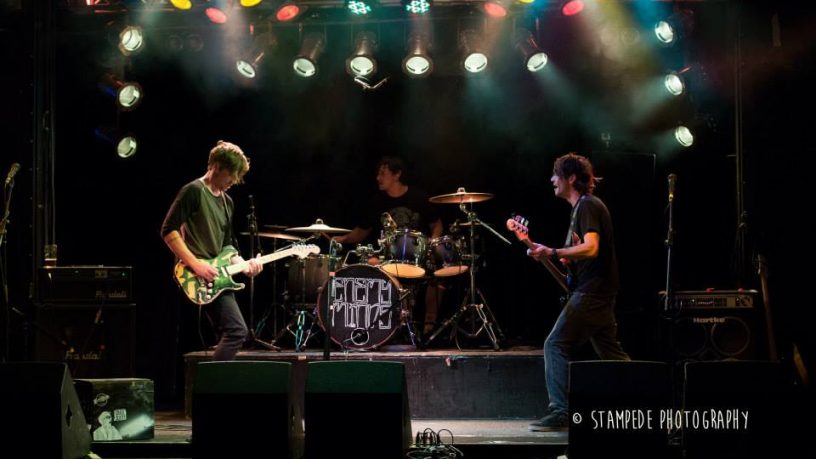 Enemy Minds are a Punk Rock 3-piece from the southern burbs of Perth, WA

Think Rise against meets the ghost inside  with a sprinkling of early 90’s punk rock for good measure.

Their live show brings plenty of action right from the outset with the two front men making the most of every moment and inch of the stage. You will see tightly wound punk tracks reminiscent of the Pennywise years mixed in with ball-busting screams that will throw you into the early 90’s and drag you right back again

Enemy minds formed in 2014 out of a group of relevant strangers coming together over a love of punk rock. Griz answered an online add to be in a four piece punk band that were just starting out. The bass player and drummer at the time had work commitments and subsequently left shortly after recording some early demo material. Jay answered the call for a new bass player and immediately filled the room with a great energy that we just couldn't go past. Griz and Steve had been long-term friends and played in previous bands together. Once Steve and Jay came on board Enemy Minds pushed forward and played 6 or 7 shows as a four piece with former member Ben on guitar and Griz as an out and out vocalist. A short time after Ben departed the band and Griz adopted the Axe and Enemy Minds officially became a three piece. As a trio everything just worked. The band worked harder and gelled better and since then have become three great friends making music and playing shows together. We have played to some decent crowds and we’ve played to no one. We have a sizable back catalog of music and we are always writing. Our upcoming EP is called "Nevermore" and we pride ourselves on putting on a great show every time we take the stage.

Douthbound Festival at a winery in Margeret River. Great fun to be a part of and they had a half pipe there which was cool.

Scorcherfest was a good day out. We had a lot of Jay's family there from over east

Letting loose at the Civic. Hitting our stride as a band and really putting on a show for the first time as a 3 piece.

Right now the band is ready to release our debut EP "Nevermore" and play a run of shows to tour and promote the release. We are currently writing and preparing for the Semi-finals of the Rocky Battle of the Bands

Between The Seconds & Blackwater Station

Enemy Minds is scheduled to release their debut 4 track "Nevermore" in December 2015. Their first single from the EP, "Black and White" is available for download from triple J unearthed. Enemy Minds are looking forward to touring the EP and bringing their energetic brand of punk rock to as many ears as possible.
To Top