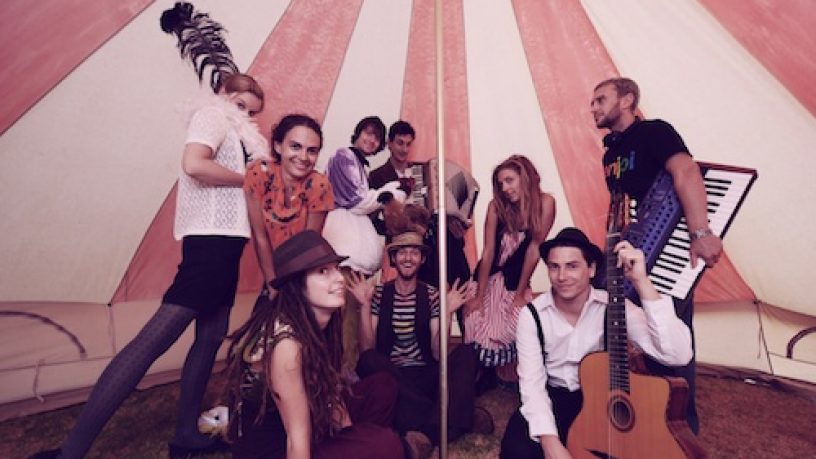 Live electroswing from WA! Jovial chaps and flappers spitting Django licks and tango trips with horns, strings, synth and doof. Imagine Beyonce getting down at a 1940s Parisian rave. Got it? OK. Lets dance.

We'd been talking about making a huge band of as many awesome people as we could find, mostly just to get a massive dance party happening at Fairbridge Festival. Most of us had played together before in different bands or orchestras. Things started to get out of hand so we ended up capping numbers at 10 people.