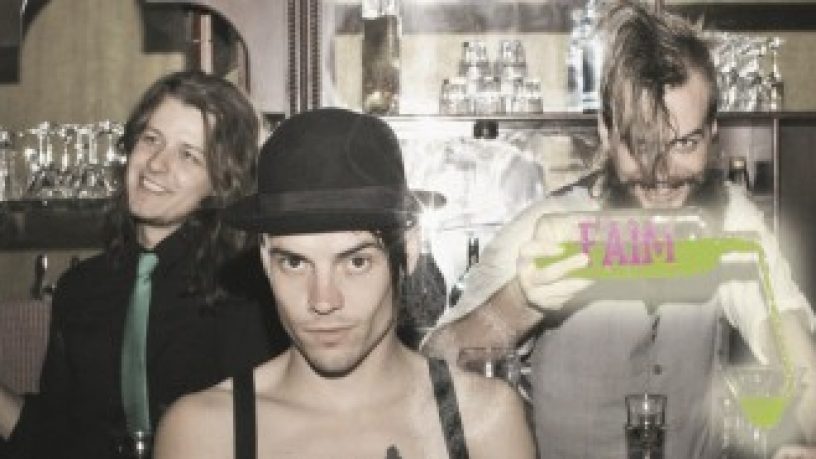 FAIM Formed at Albany Senior Highschool over a love of Punk music. Originally "Sixgun", they changed their name to FAIM in 2008 not long after Dominique Rae joined on Bass.

Will Stoker and The Embers, Project Mayhem, Local Resident Failure, Burning Fiction, Minute 36, The Decline, The Disappointed, The Disincluded, Mossy Fogg, The Floors, The Novocaines.

Probably this year in September and October we had a string of really awesome shows, one weekend alone included us playing at Amps twice with 2 separate touring bands from the USA - Me First and the Gimme Gimmes and the crazy David Liebe Hart Band. Also, Resound festival at the Perth Cultural centre, organised by Teledex and The Novocaines. Then we got nominated for our first WAMI as Punk Act of The Year (we didn't win but the nomination was an honour).

Still touring and playing off the back of our 2013 LP "Pretty Well Over The Bay" and planning more tours and recordings for 2014.

Stefan currently plays in The Caballeros, Dom played in the City Watch and These Shipwrecks, Noah plays drums in Mossy Fogg, and Jay has played drums all over the place, including Perth'party ska band "Ants At A Picnic".

Pretty Well Over The Bay