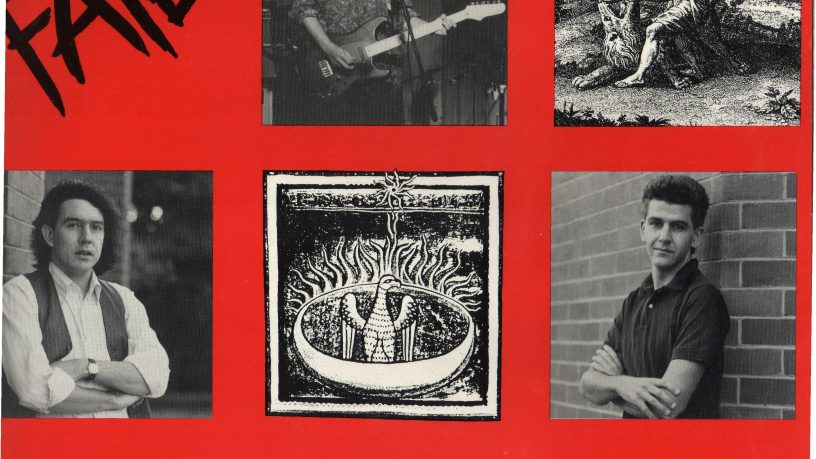 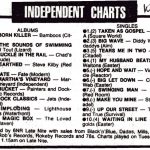 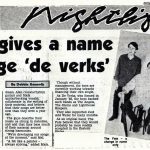 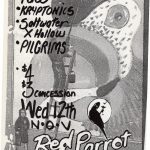 In 1979, four Year Nine kids from Newman College - Mick Sim, Guy Brewster, Mal Securable and Al McNeill – started messing about on weekends for fun, bashing out the big Countdown hits by the likes of Dragon, AC/DC and the Angels. Mick, whose parents had a piano, would figure out the chords and then the four teenagers would spend hours practising in Mick’s parents’ cellar. They added a few classics by the Beatles and the Stones, which apart from being fun to play, provided the best rock music lessons four Perth teenagers could wish for. They stayed together through to Year 12, playing rock covers at school discos and end-of-year wind-ups. When they left school their set list came of age with a move towards original material developed collaboratively, drawing on punk and post-punk influences. An open mic night at the Old Melbourne Hotel in 1984 gave them their first taste of performing in pubs to grown-up audiences, along with an intro to a promoter who heard potential in their guitar-driven sound.

The Stems, The Kryptonics, The Lighthouse Keepers, Just Add Water, The Predators, And An A, Rabbit’s Wedding

“We supported the Predators at the Stoned Crow then we ended up doing the whole night there, Saturdays through ‘85-86. Back then it was a wine bar – tables, mulled wine, no beer – and no stage. Our leads separated us from the audience.” The Fate also played the Red Parrot, the Wizbah, Rockwells and the Musos’ Club, sharing the billing with the likes of the Kryptonics, And An A and Just Add Water. “Too many gigs to remember,” says McNeill.

The Fate’s seven-track, self-titled and self-funded EP was released in 1987 and was well received. The songs are driven by memorable riffs, sharp hooks and haunting harmonies. Piercing riffs on ‘Armageddon’s Eye’ and ‘Dogman’ suggest early U2. ‘Cow Shit Creek’ —written about a popular swimming hole in Pannawonica— could easily be stripped back and repurposed in 2014 as a creditable swamp rock /roots tune.

The Fate last performed together in 1987.

The EP was favourably reviewed and in July 1987 reached number 5 in Perth’s independent album charts, alongside the Bamboos, Errol Tout and Chad’s Tree.
To Top