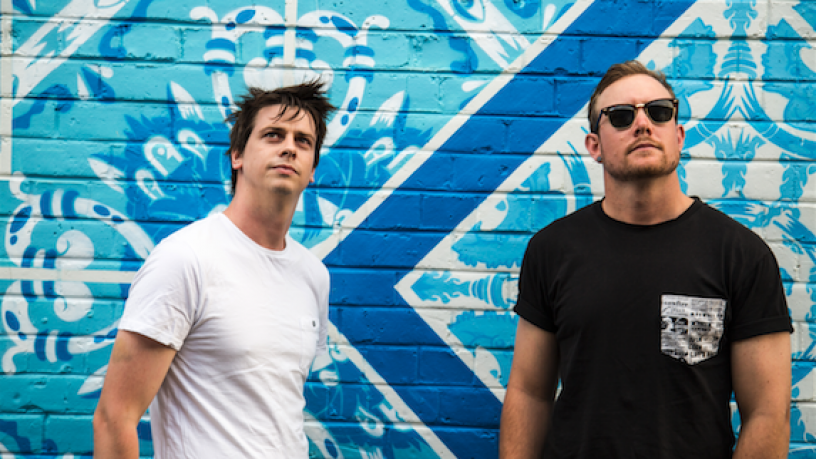 A dynamic Indie/Electro/Pop two-piece with a catchy, upbeat and infections sound. Fusing a generous measure of samples, synths and arpedios with the energy and vulnerability of a rock band.

We met at school and formed a band together when we finished high school. We have been though two incarnations since then. (Oblivion 2007-2010) us with a drummer and (Like a Thief 2010-2017) us with a different drummer. We started Flood the Moon as a two piece in 2017 when our former band (Like a Thief) ended.

Almost Everything! We have a very diverse interest in music but some top picks would be: Radiohead mewithoutyou Nick Cave Lenard Cohen The Killers Tame Impala Daft Punk Vulfpeck The Wombats

We have been recording and releasing music as much as we can and getting our live show refined. We are writing new music and Currently we have 3 unreleased tracks that we are finishing up and preparing to release. We are also working on film clips and lyric videos and are booking WA shows. As well we have also booked studio time to record more material in the coming months.

Only as previously stated. (Oblivion and Like a Thief). These bands don't exist as in both cases they were just us and a drummer. Both drummers have stopped playing music professionally.

Releases by Flood the Moon

Can You Feel It?