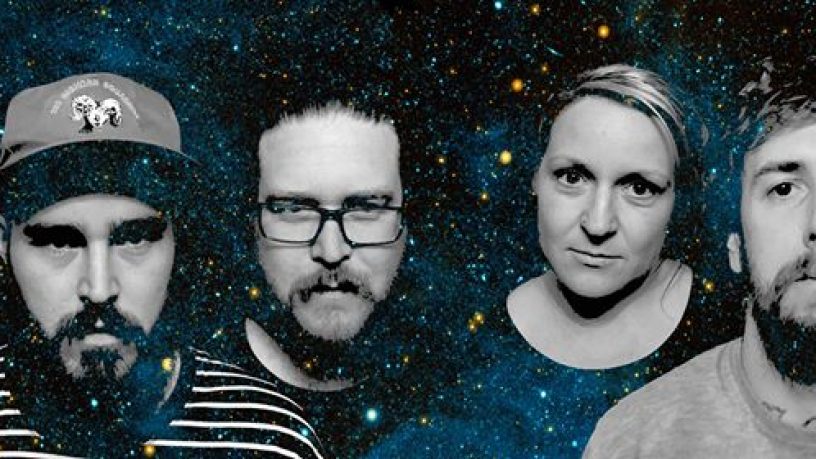 An Instrumental,Progressive-Pshych-Rock four-piece featuring Bombastic hip-hop informed drums churning over menacing fuzzed out bass lines. Howling guitar shifts from riffing to wailing to something else entirely as it meanders through a juxtaposed mix of droning synth and gnarled jazz keys.

oat Faction originally formed in 2011 by brothers Blair and Kyle Lyons as a two piece experimental, electronic Rock band. They released a home recorded demo, gaining some airplay on local Perth radio station RTRFM and Triple J's Soundlab program. Due to Kyle relocating to Melbourne the band took an indefinite hiatus. Cut to late 2017 the brothers rejoined, recruiting a former band mate in Josh Raines on bass and enlisting Kirsty Hulka on Synthesizer and Keys.

The swagger of QOTSA The sonic exploration of The Mars Volta The improvised jamming of fusion era Miles Davis and Herbie Hancock & The Headhunters The fusion of electronic and rock of Pivot The innovation and pioneering of local favourites:Tangled Thoughts Of Leaving, Injured Ninja, Mink Mussel Creek, NAIK, Cease.

Having recently finished recording our EP at Sleepwalkers Dread (Ron Pollard of Tangled Thoughts Of Leavings Studio) we are now aiming to gig frequently and Launch our EP in the coming months.