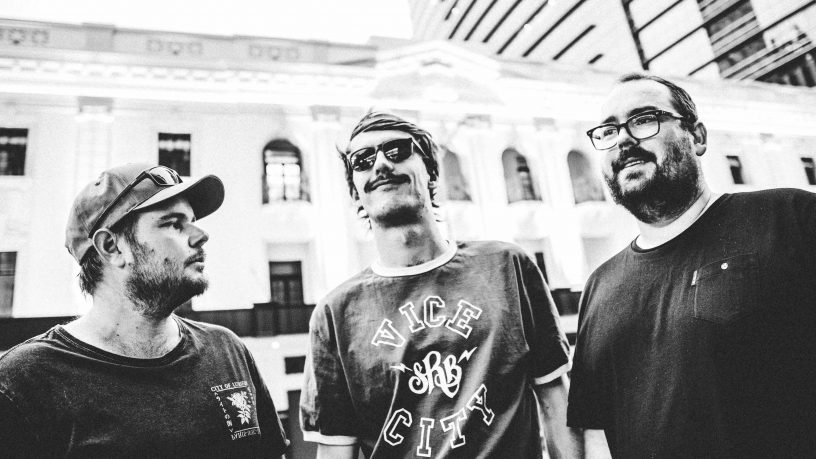 Grand Casual started out as a blues rock and roll act. When Joe Franzone joined and incorporated a Novation Bass Station while also playing drums, the sound changed dramatically. We now see elements of surf rock, reggae and hip hop fusing to create a funky blues, rock and roll style.

Grand Casual is based in Esperance, Western Australia. The small town has a slowly growing original music scene. Basically the three of us where driven together by the fact that we wanted to experience and be involved in the music scene outside of Esperance. There are a lot of great musicians based in Esperance, though the isolation makes it difficult to tour and perform to an expanding audience. Given that we where brought together out of a longing to tour and create, as opposed to similarity in musical style, the three of us have very diverse musical influences, which makes for interesting outcomes from the songwriting process. We thrive in the live environment and have pieced together multiple short tours within Southern WA and into Perth.

We have recently finished up recording our first ep with Andy Lawson at Debaser studio in Perth (another career highlight). Currently working on the first single launch and all that comes along with that, while also fine tuning our live show to hit the road. Aim on releasing two singles up to Christmas and the ep early 2020.

A General Disarray Masters In Lunacy

Currently we have one singles released.