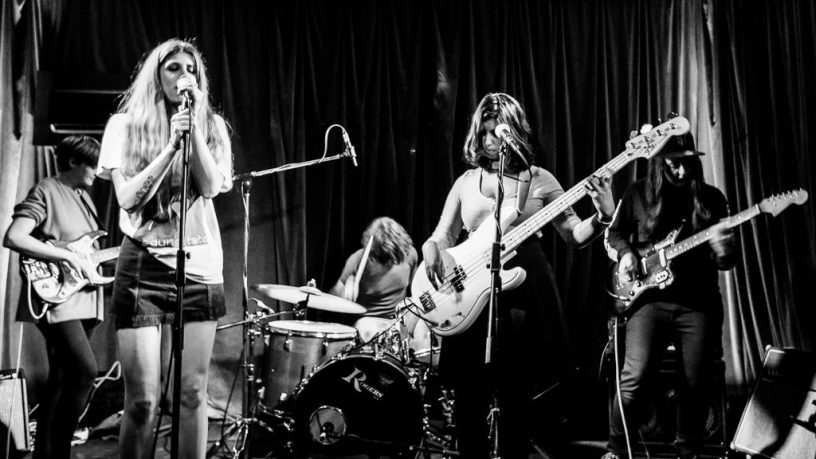 In 2012, Marcia had a strong inkling to start a power-punky girl band, so she rallied her mates Shin, Blair, Jo and Cass together for a jam out in Jo's spare room in Rockingham. After the release of their first EP, Where We Came Frum in late 2015, we sadly said goodbye to Jo as she embarked on her adventure of motherhood, but we soon filled the drummer spot with Mark: a long-term chum and punter at our gigs.

We find ourselves listening to and enjoying an eclectic set of genres, including artists like Arctic Monkeys, Kyuss, At The Drive In, Sleater Kinney, PJ Harvey, Earth, Wind and Fire, Esperanza Spalding, The Beegees, Phil Collins, Chic, Aaliyah, Japandroids, Suicidal Tendencies - and much more.

So far our gig highlights include playing at RTR's In The Pines 2016, State of the Art Festival 2016, WamFest 2016, and supporting California band Bleached at Mojos. Late 2016 we also played at Bunbury's coveted venue The Prince of Wales Hotel with our band-fam Rag N Bone; a fantastic way to end a killer year.

We're about to release our second EP called Lights Out Diana, before taking a step back to work on softer demos, taken from our weekly jams and song-writing sessions.

Our vocalist Shinead also croons and raps in the lo-fi, hip-hop, funk outfit, Sounduh, while our drummer Mark also thrashes along with The Sperts.

Where We Came Frum EP