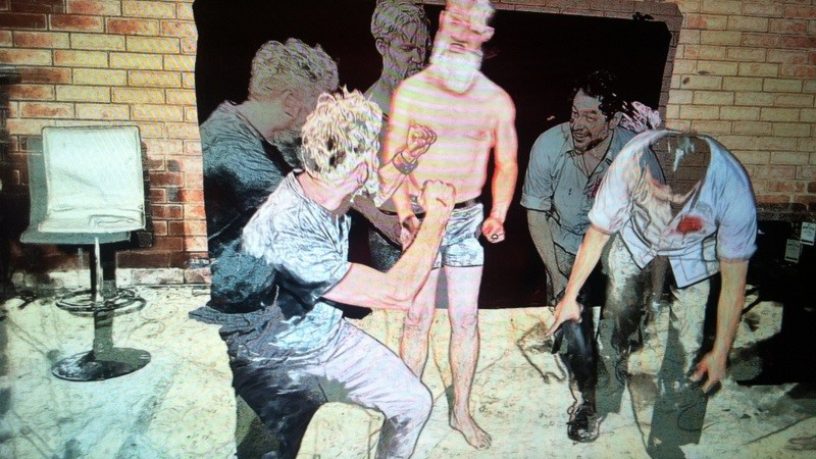 Intenso are an award-winning, enigmatic trio from Perth, Western Australia.

Listening to Intenso is an immersive experience; a fever dream rich with a relentless cascade of colours and textures.

Ethereal sounds are layered over captivating beats, creating a wall of sound that will intrigue you with its intricacy, soothe you with its beauty and then knock you to the floor with its power.

The band was initiated in 2009 when Steve Elkins approached Tobias Anning with the intention to form a duet based on improvising. With the intention of performing live with no preconceived composition or stylistic agenda. The duo commenced in this fashion for several months, playing and developing a stylistic premise. However they became aware that the sound was not complete. A third member was required. A sample-smith by the name of Adam Ismail was brought on board. His unique approach to his instrument introduced a new creative construct to the overall sound of intenso.

Winning the Experimental category at the WAM Song of the Year Awards in 2015, 2017 and 2018
The Cinematic Scores II Fringe World Festival show 2013

Their most recent EP The Stars Are Cold Toys was released in August 2018, receiving airplay on RTRFM and media attention at home and abroad. Intenso are currently finishing their forth studio album with engineer/producer/musician Steve Paraskos.

The Stars Are Cold Toys

The Slow Cataclysm of Neglect

the milk, the butter and the blood