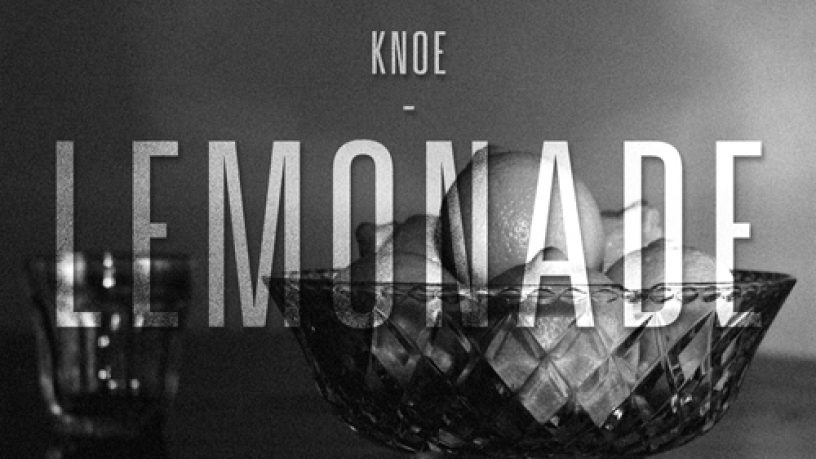 This young artist is based in Perth,Western Australia, where he strategically works towards becoming one of the most prolific underground rappers of today.

Along with his own work quietly heating up behind the scenes, KNOE is also an integral part of the recognised Perth bass music faction, DeadWeight! Crew. This alliance paved the path to stage appearances with Jakes (H.E.N.C.H Recordings), KOAN Sound, Seven (formally known as Eddy Woo) and multi-award winning dubstep DJ and producer, N-TYPE.

All this work has led to KNOE finding his feet and creating a smooth yet belligerent sound previously unheard within the Australian Hip hop scene. KNOE¹s unique qualities have enabled him to break away from the ³Aussie² hip-hop mould and be recognised internationally for his rhyming ability.

2013 has seen KNOE¹s collaborative work with New Jersey femcee TE released on her latest mix tape Keeng¹, and with prominent Brooklyn writer Skyzoo for the single Push¹, released on KNOE¹s EP Lemonade¹. KNOE has already been in great demand this year with him supporting Action Bronson, Spit Syndicate, TheTongue, Jones Jr, Remi and performing along side Skyzoo for the west coast show of his debut Australian tour,¹ A Dream Deferred¹.

KNOE¹s EP entitled Lemonade¹ is a small insight into his demons and a sour taste of the irony behind life experiences. Lemonade¹ confirms the ever-growing hype building behind this artist¹s story-telling and poetic ability.

KNOE looks to cement his rightful place at the top of the food chain, with an aggressive yet realistic delivery different to anything heard before.

Action Bronson, Spit Syndicate, TheTongue, Jones Jr, Remi and performing along side Skyzoo for the west coast show of his debut Australian tour,¹ A Dream Deferred¹.