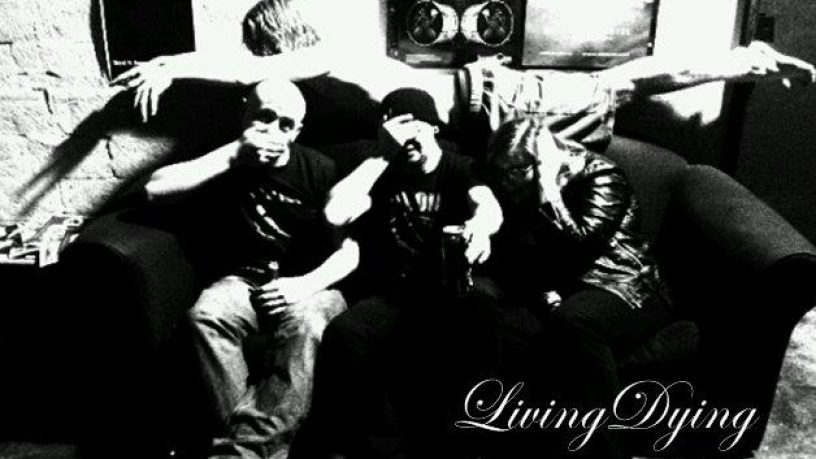 An alternative rock 4-piece original band influenced by the likes of Foo Fighters, PJ Harvey, Queens of the Stone Age, and Red Hot Chilli Peppers, Living Dying¹s sound is eclectic and unique. With a powerful female lead
vocalist, soaring guitar riffs, thumpingly intricate bass lines and mind-altering drum beats, their sound is reminiscent of The Divinyls, No Doubt, Bikini Kill and Hole all mashed up together.

Chris (drums) and Brendan (bass) met through mutual friends and started playing together as a 2-piece. Ollie (guitar) met Chris at a friend's party and they discovered their shared love of Led Zepplin. From there Ollie, Chris and Brendan played together for a year or so with various singers. It was through an ad on Gumtree that the guys met Teneal (lead vocals) and from there Living Dying were formed.

Single for "Feelin' Fine" recorded by Fat Shan Records. Won Spaceship News' competition for Band of the Month and headlined The Rosemount Hotel. Supported Harlequin League at The Prince of Wales Hotel and soon to support them again at the Fly By Night Club.

Living Dying are planning to record an EP this year and are working on dozens of new songs to share with their wonderful fans!