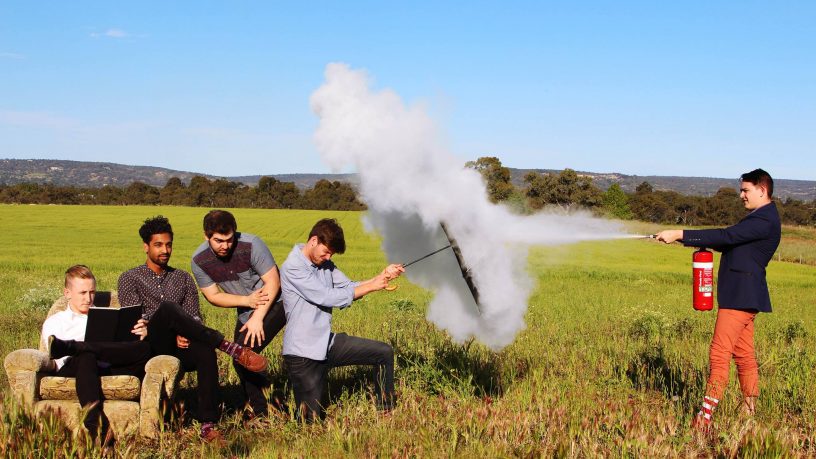 Armoured with an array of textured melodies, quirky hooks, swooning vocals and an impending debut release, the group is primed to charge into the thriving artistic culture that awaits

After formation in early 2013, Cobie (vocals/guitar), Mason (keys/vocals), Kurt (guitar), Danny (bass/vocals) and Rory (drums/vocals) set about writing and recording, while regularly taking to the stage at some of Western Australian's more favoured local venues. The group progressed rapidly, with their music broadcast on both local and statewide radio programs

Current highlights would be reaching the State finals of the NCBC, alongside the self recorded and soon-to-be-released debut E.P.

Currently based out of Perth, Western Australia Mister Wolf is avidly writing new material to prepare for their E.P launch and beyond. Shows in abundance as well as visual media, new recordings and interesting times ahead!