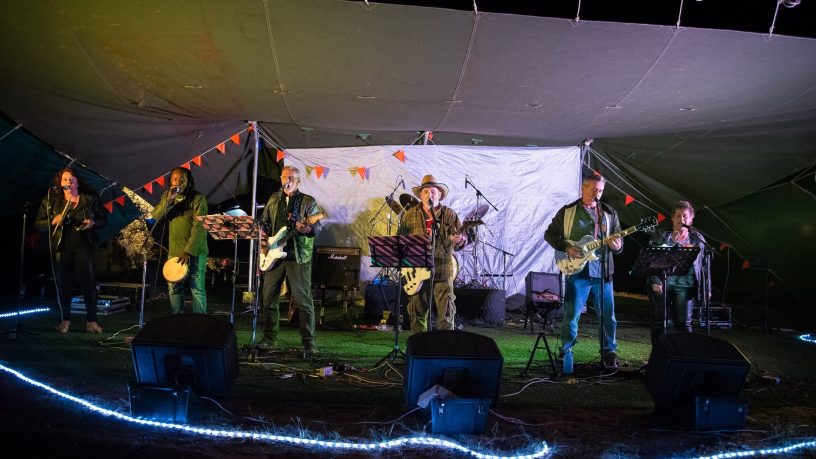 Ras Banamungu, a passionate vocalist, percussionist and long-experienced musical therapist, brought his unique style to WA in 2013 and along with the Det-N-ators is bringing their seminal blend of rock, reggae and Rwandan kinihall right up to the front line of today’s burgeoning music scene.

Coming together as a full working unit early in 2015, Ras Banamungu & the DET-N-ATORS originated in Kigali, Rwanda, in early 2013, when veteran rock, pop and jazz vocalist and musician Steve Dean met up with reggae, Afrobeat and kinihall singing superstar Ras Banamungu there whilst they were both working together on an international project. Deciding to combine their talents to bring about a whole new design in international music, they wrote and recorded a respectable number of tracks together in Rwanda and Kenya Leaving Rwanda for Australian shores in late 2013, Ras Banamungu and Steve Dean have since become incorporated into Aussie rock, pop and blues band, the DET-N-ATORS and in 2015, recorded two new tracks under the name of Ras Banamungu & the DET-N-ATORS at Gold Dust Construction Studio at Leederville in Perth.

All types of music

We still play any gig that is fortunate to come our way, Mainly so we can have fun