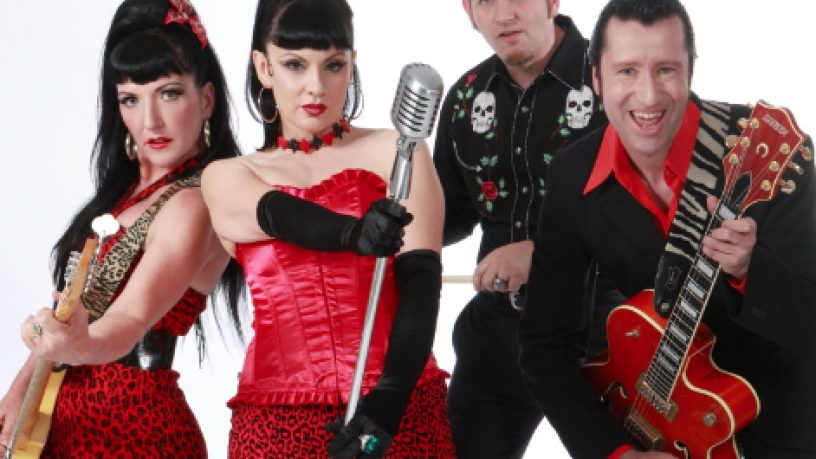 Stompin’, hip-shakin’ voodoo to make a nun sling a guitar through a stained-glass window!  A cocktail of swamp, rockabilly and garage rock n roll.

Over 8 years, there are too many to list but highlights include: From USA: Slim Jim Phantom (Stray Cats), Reverend Horton Heat and Buzz Campbell; from UK: Darrell Higham (Imelda May), Urban Voodoo Machine, King Salami & the Cumberland 3 and Empress of Fur; from Japan: Tokyo Cramps, Minnesota Voodoomen, Stompin' Riffraffs, Go Devils; from Germany: Mars Attacks and The Booze Bombs; from Canada Buzz Deluxe; from Australia, Clairy Brown & the Banging Rackettes, Mojo Juju, 6ft Hick, Zombie Ghost Train and many other great local, interstate and international bands.

he band released their 4th album Do The Crawl with a national tour in (April / May 2013). Touring and recording in Japan in July 2013.

Releases by ROCKET TO MEMPHIS