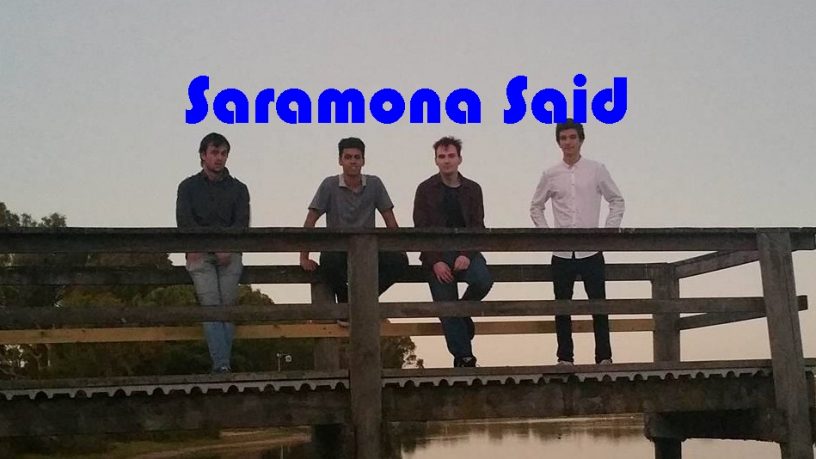 Started out as 4 guys in Leeming High School Rock Band in 2012 known as Indecision, then after a few lineup changes became Saramona Said in 2015

Getting onto Uberfest at the Railway Hotel in 2015

Jamming, getting a few shows, and getting some momentum going while looking to record later this year.

William and Liam are also members of The Moylers

Nothing released yet, hoping to get a recording/ep released later in 2015
To Top