Shelby and the Neighbours 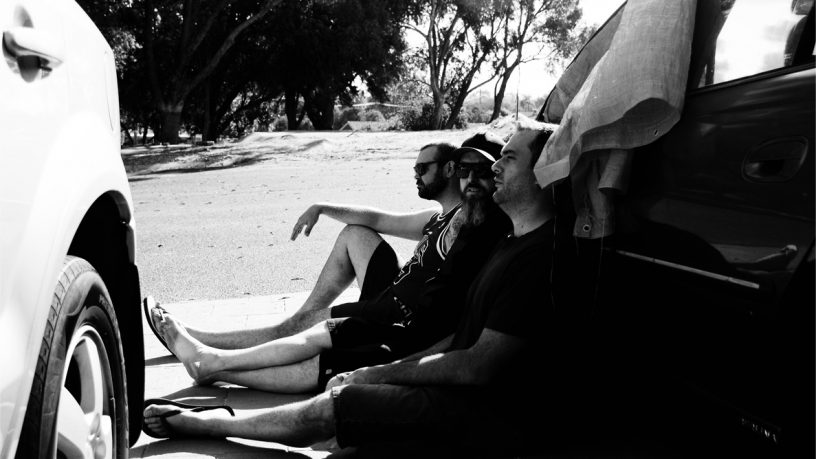 Sometimes pop, sometimes heavy, while predominately a rock band, Shelby and the Neighbours often incorporate elements of other genres into their music, producing an original sound of their own.

A series of impromptu jam sessions between Adam and Jules led to some quality tunes beginning to take shape. After several weeks of writing riffs, the boys called on Josh to add some bass to the mix and the band developed from there.
What began as casual Friday afternoon jams very quickly became songwriting sessions and rehearsals resulting in the creation of three EP's in just over three years.

Team SATN grew up on a healthy diet of 90's live rock from Aussie legends such as Ammonia, Jebediah, Regurgitator, Motor Ace, Even, Tumbleweed, Shihad, You Am I, Something For Kate, Big Heavy Stuff, Not From There & Pollyanna to name but a few. While musically sounding more like international bands such as Future of The Left and Tomahawk, SATN's influences are vast and varied.

Recording 'The Candlestick Maker' at RADA studios with Matt Gio and releasing the EP live on air with a live performance and interview on Radio Fremantle, followed up with an evening show at Badlands.

The band are now focussing on playing shows, showcasing new and older tunes from the SATN catalogue.

Fractures of.
These Three Faces
The Vitalstatistix

Releases by Shelby and the Neighbours