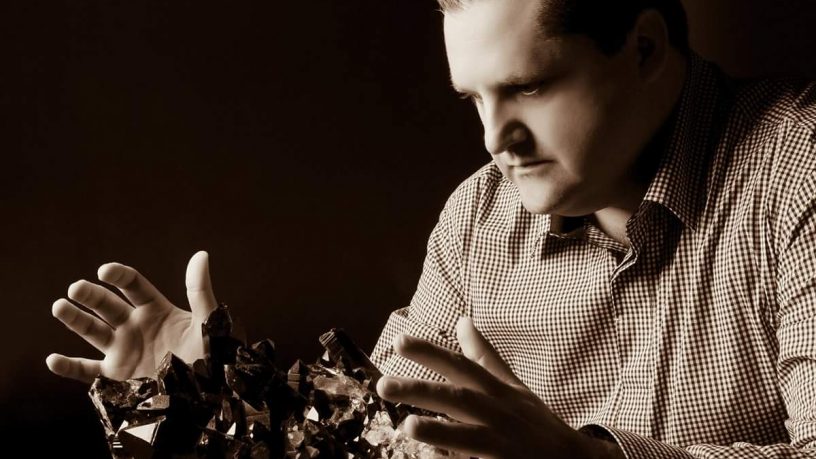 The music that is created is inspired by a specific sound during the creation stage and the flow of the creation unfolds. Attempting to describe the sound would be challenging because it can be a classical sound to it, it could be abstract or it could even be a dance song. The latest album “The Journey” crosses multiple types of sound but to simplify it, it would be considered a “world” type sound because I’m merging various instruments together as one.

Originally wanted to be a DJ as a child and at the age of 17/18 began doing weddings & functions as a form of apprenticeship, working with a DJ company. Unfortunately, work commitments (waiter) saw that move to the side. The age of 19 saw a drug therapy regime for ADD/ADHD which squashed the dream. 2010, quit medication, jumped on a one way flight to Italy and was reignited with the passion of music. About to visit Ibiza but went to Holland and chose the path of getting back into DJ'ing. Started DJ'ing at Moondyne Joe's for a brief period, became a music journalist and saw myself getting into the Habitat DJ competition in 2012. Began playing a few spots at Geisha Bar, a few rave parties and even spent a night doing Looney Tunes one evening in 2012 or 2013 (If I recall correctly) and played at a few other venues and scored a Friday night regular spot at Eve (Crown Casino) until health issues surfaced. In order to get a gig in Ibiza, the requirement was to become a music producer and the lessons in music began, trying to learn how to play the piano and how to use software such as Ableton. In 2014, was advised that I would figure out how to transfer crystal frequencies into music and spent a year trying to brainstorm just how to do it. A year later, the experiments began with what was then called, Crystalline Music but later on was changed to "heart activation music" upon recommendation for what the music actually does. It has always been a dream and passion to work with music and discovered my own way or doing it, my own style and I get to explore whatever I wish to do.

Originally it was the sound of Baleric House. I loved that sound of percussion, the african drums and so forth. Then I fell in love with the sound of violins and classical music and the sound that people create when playing instruments is absolutely beautiful.

The release of "The Journey" and being featured on a radio segment in the US on the day of the pre-release. The uptake of the music work in New York by a psychologist/marriage therapist and is discovering the impact and seeing changes in their clients when using the music in their sessions.

JUST released the new album The Journey and continually working with marketing, trying to gain awareness for the work that we've been achieving through the music. It's one day at a time...