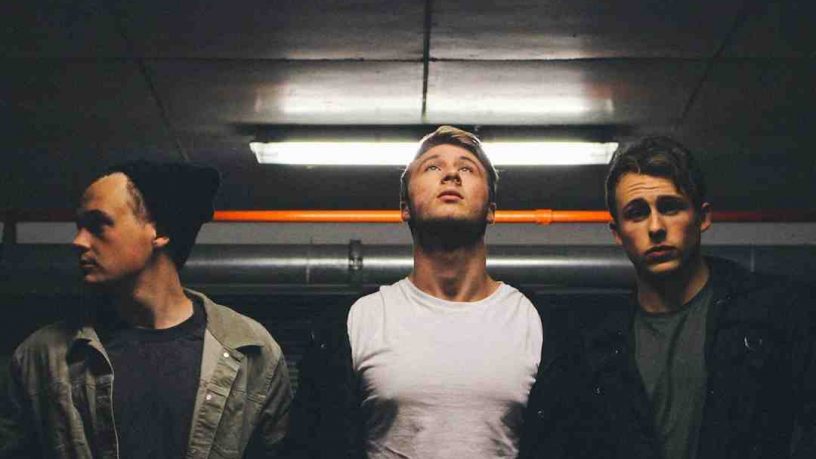 A blend of ambient synths, rock and funk inspired guitar tones, pop inspired vocals, and detailed attention to song production. We draw a lot of inspiration from the production side of music, and spend a lot of time adding layers of electronic production to our songs then try to combine that with live instruments.

Will, Cal, Lewin and Blake all went to Mazenod College together and we started off as a punk-pop band called Sweet Side Effect. At the time we were all really into bands like Blink 182, You me at six, Panic at the disco. We later got really inspired by electronic-indie bands like Art vs Science and EDM music and our genre kind of changed somewhere along the line between 2011-2012. In 2013 Blake Skinner our vocalist and bass guitarist at the time moved onto his own solo music path. The three of us still had so many plans for the band and Lewin who had been playing drums for the band stepped up to be our lead singer and rhythm guitarist. We spent a lot of time developing our song writing skills and that's when we really developed our niche and our style. In 2015 we decided we wanted to be playing shows again and we had Oly Gordon join us on drums. In late 2016 the lineup returned to just the original three members Lewin, Will and Cal. However we are still playing live shows with our session drummer Cristian Galindo who also plays for the local Perth band Falloway.

Michael Jackson, The 1975, Arctic Monkeys, Catfish and the Bottlemen, Coldplay, The Beatles. A lot of Brit rock bands! I think we draw from everything around us. Not just music but from experiences and other forms of art like films.

We have played with a lot of local Perth bands who are really awesome and not recognised nearly as much as they should be like Great Gable, Young Robin, Casino Dreams, Calm Collected, Small Town Heroes.

Probably around the release of our first EP. It was when we first really put our music and our band out there and we got a really good response and built an initial fan base really quickly. The Festival in Kalgoorlie would also have to be up there along with a sold out show we played at HQ Leederville.

We have just released our latest EP 'Skins EP' and we are playing a heap of shows at the moment. We are already writing a lot of new material which we are excited to start taking into the studio in the near future.

Blake Skinner are old vocalist and bassist also played for Room for Reason and Beside Lights. Oly Gordon are old drummer used to play for Lake and the River and is now playing in a band called Split Cities. Cristian Galindo who is currently our session drummer also plays in a band called Falloway.

Releases by The Encounters