The Feast of Snakes 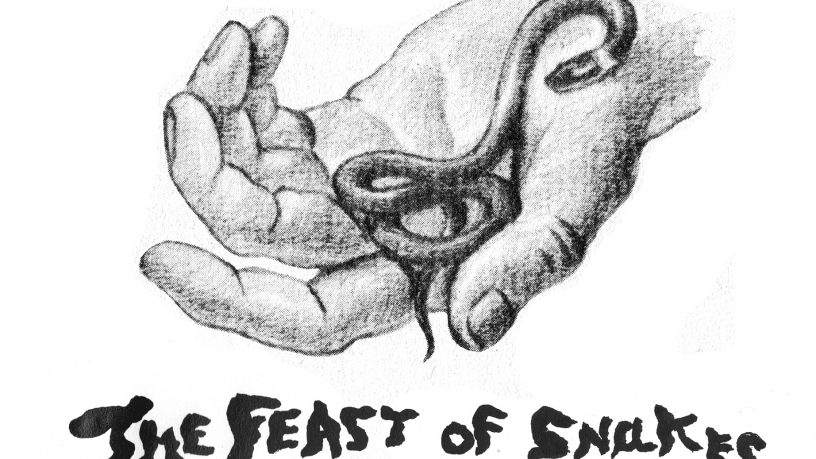 During 2015, it was Lewis O'Donnell & The Cigars of the Pharaoh and then it was Lewis Rice O'Donnell and The Feast of Snakes, both originally conceived as a backing band for Lew's songs, but we ditched that pretty quick, playing together its become its own entity, bringing a very distinctive sound to the songs, thats much more post-punk, violent & intense than what was intended originally as the backing band.

Playing Yardstock 2016 out in the sunshine! Playing alongside Kim Salmon at the Basso hotel & the same goes for The Painkillers.

Self recording an E.P. in Guildford.

Felix, Lewis, Peter & Drage were all members of The Darling Rangers. Felix is the current drummer for the Benjamin Witt Quintet. Peter was the singer & guitarist in Sonspilo Circus & the current bassist for Peter Bibby's Dog Act! Olivia was the bassist for the long lost Trash Candy & The Uteruses

Releases by The Feast of Snakes

Live at The Bird