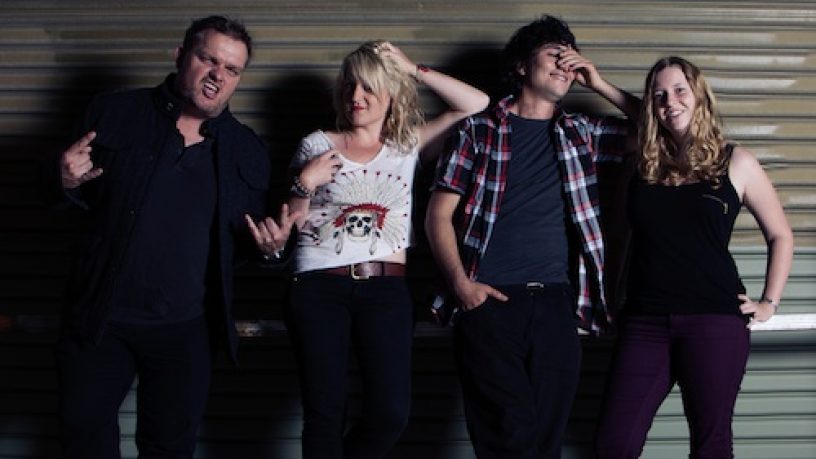 It’s a somewhat funky rock, with epic guitar riffs, groovy keyboards and synths, quirky drum beats, rad bass lines and ‘knock you off your chair’ female and male vocals. Kind of like what old school Red Hot Chilli Peppers (Mothers Milk album) would have sounded like with Janis Joplin and Trent Reznor fronting the band.

Kirsty met Ben through mutual friends and blended from there. They then met Gareth (previous drummer) through another friend and David (previous trumpet player) while Kirsty was studying music at UWA. Then they met Michael Savage (previous bass player) through friends in Louis and the Honky Tonk and the new members Jason Ogg - was met through John Brown, and Ellenor Periera through a member of local band Bears and Dolls

Playing at Fairbridge Festival (2011)to hundreds and hundreds of dancing people, then at Nannup festival (2012) on the main stage then in the town hall at the festival with people squashed in like pickles in a jar to try and see us. Our sold out EP launch at Mojos (2011).

After our drummer left last year (2012) we decided to take bit of break and regroup while we searched for someone new. Now that we've found Jason Ogg we've dropped the brass section from the band and added more synth sounds to try and simplify the sound a little more rather than fill it up with lines. We're booked into doing some recording at Crank studio in July (2013) to bust out another single and take over the world.

Releases by The Gypsie Howls