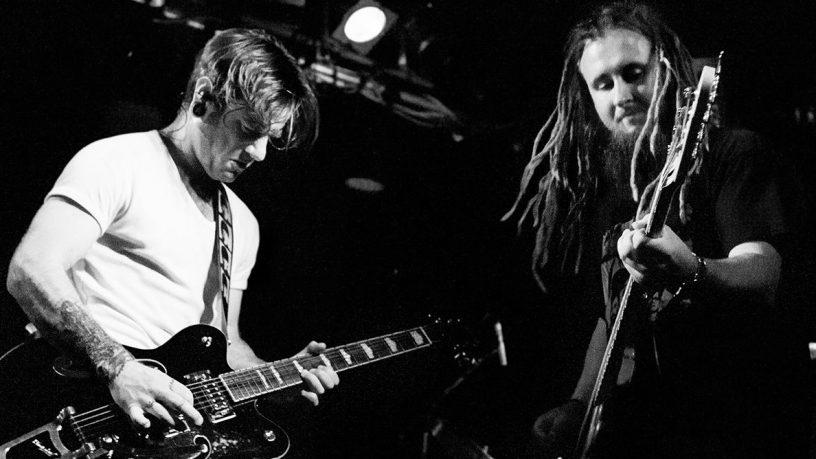 (TBA-long story) (worth the wait) //The Short: Matt and Cale had been trying to click with with other Artist from Kirup to Perth for years and years, Cale was originally the Drummer (that B@$#ard can do ANYTHING). They never stopped searching and never planned to. I liked that, a lot, I had a very similar mindset positive, open and had the Drive!

Growing up all three of us had very similar taste in genre. If it was angry and Phat we enjoyed it! I Guess a Solid beat, crunchy guitar and a passionate Vocalist was enough to speak to our raw teen emotion? Slipknot, AFI, Sum41, Anit-flag, The Offspring, Marilyn Manson, Rob Zombie, NickleBa...... Naaaayyyy. Just very close minded not so innocent teenagers. we grew up, our mind expanded, we now appreciate the art that is Music! we still enjoy the old stuff but we've taken very different paths in Preference. The love is there for all genres but some are higher on the list than others. Matthew at the moment listens to country, acoustic, classic rock: Roy Orbison , Bob Dylan , Tom petty, Chris sac, The creep show, The nekromanix, Stevie nix, Simon & Garfunkel, Joan Baez, Laura marling, The Rolling Stones, Fleetwood mac...to name a few Cale: if its happy and catchy He'll dig it! If that bass got funk Cale's down with it. Chuck in some Brass and he'll give ya a lil Jig. I Myself am loving Hip-hop R&B rap and even some cheeky Dubstep from time to time. Hoisin, Tech9, Wu-tang, bliss n eso, briggs, ect. That said, Put on some Rancid and we'll all start dancing together.

100% independent Raw EP self produced released and toured regional south with what little time we had spare in between full-time jobs, family's, other hobbies and other bands. GO TEAM!
So Fun .com.
So much more to come.

The Bird is Currently Recording our Debut Album, to be released mid-late 2018 heavily independent, written and recorded by The Murderbirds. Mixed and Mastered by a Man Named Ben.V (he knows his S#@T). We're a couple of songs deep at the moment and he's doing a fabulous job of making us sound super pretty! Truly a step up from the Ep on both the song writing and production side of things.

We all have other acts/bands we get down with because we breathe using our instruments. This is also a passion for the three of us individually however when we come together it truly is a place free of Ego and bad vibes. We are Real, we are content with that. Or other Acts: Matt - Whisky Rainbows, Cale - Hannah Mae And The Hoodwinks, Rhys - Here Come The Cavalry