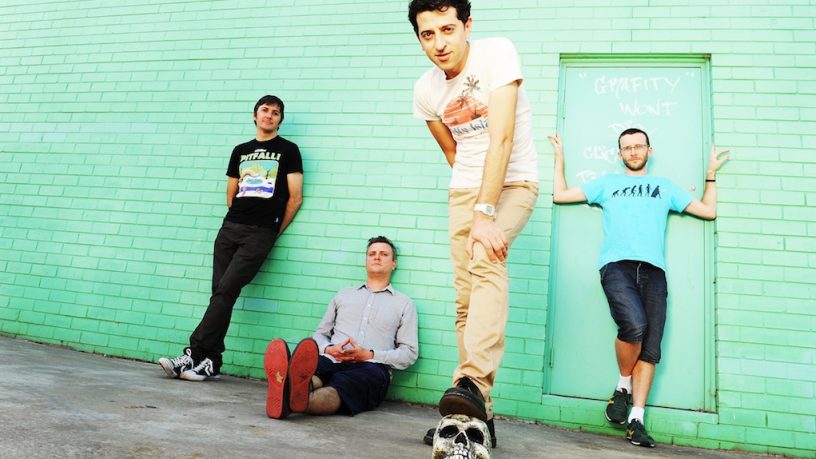 Turnstyle formed in January 1995 as a four-piece with Adem Kerimofski (aka Adem K), Paul Fanning, Colin Reeves and David Elieff. Their first release was a self titled cassette released in September 1995.[1] The next release was Itcheekneesonchee, by which time they were back to being a 3 piece. By mid 1998, the current line up was solidified. Early incarnations formed between 1995-1997. Current line-up formed in 1998.

The band's reformation for In The Pines 2013 has snowballed into a full scale reunion with a new album and tour being discussed.

'Spray Water on the Stereo'

You can purchase all these listed via this link:

Turnstyle are back! Adem K and PJ are friends and fans of local musician Em Burrows […]