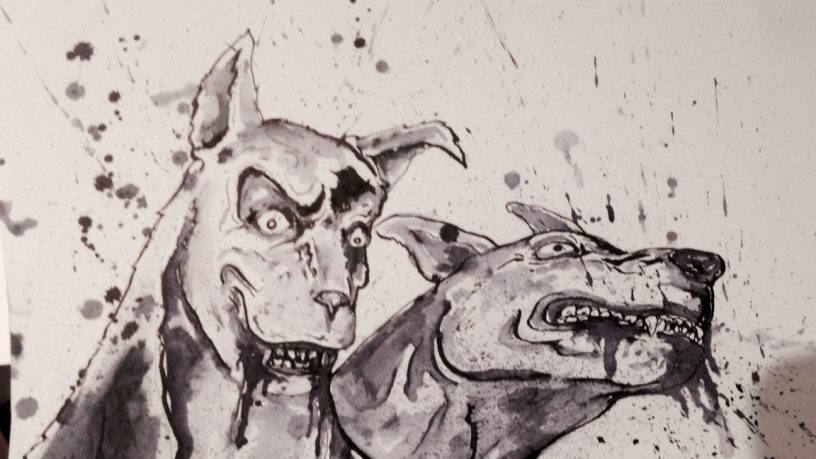 just a couple of mangy mutts barking up the right tree

we met many moons ago, at a house party in Geelong, probably about 2000/01 . there was a bit of cypher happening and we were clearly the two dopest guys there.... haha. and that was that, we spit raps together ever since.

early on we were vibing on the australain stuff.being from victoria it was bias b, lyrical commision, pegz, hyjack and torcha, plus downsyde and early hoods, funkoars ect. internationally our palets are a little different, but anything boom bap, strong lyrical content/flow/display.

relieved to finally have a body of work out there, been a long time coming. but we have a larger body in the works for the follow up album. i guess we will try to ballance between giving the EP its desrved attention and working on the album, i think it will be far more of the latter