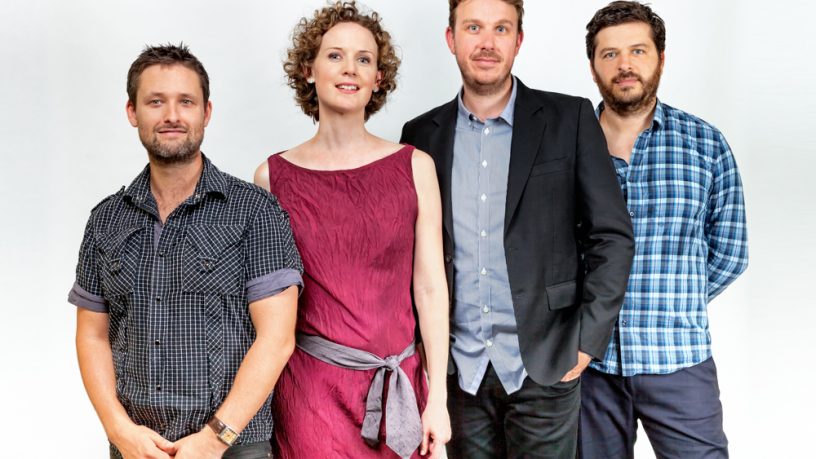 Viola Dana create and perform music for film, predominantly new soundtracks for silent films. Depending on the particular ‘flavour’ of the film we’re scoring, our sound is a mix of folk, early jazz, contemporary classical, occasionally bluegrass, and always with an indie sensibility.

Violist Kathy Corecig coerced her favourite locals Pete Guazzelli, Tristen Parr and Mace Francis to join her in getting together to play through some ideas for a new soundtrack for the Buster Keaton film 'The General'. A demo was made and the Revelation Perth International Film Festival programmers were contacted, resulting in our first gig at the 2009 Rev Festival to a standing ovation

Performing as part of the 2013 Toronto Silent Film Festival, the Mayfair
Theatre in Ottawa and the Musuem of the Moving Image in New York City as
part of our 2013 North American Tour

We've recently welcomed Jozef Grech (Timothy Nelson and the Infidels, The Empty Cup) to our band on guitar. We have some exciting projects in the pipeline including premiering another silent film soundtrack as part of a long-running festival.