20 Years of Soulsides / 35 Years of Drastic on Plastic 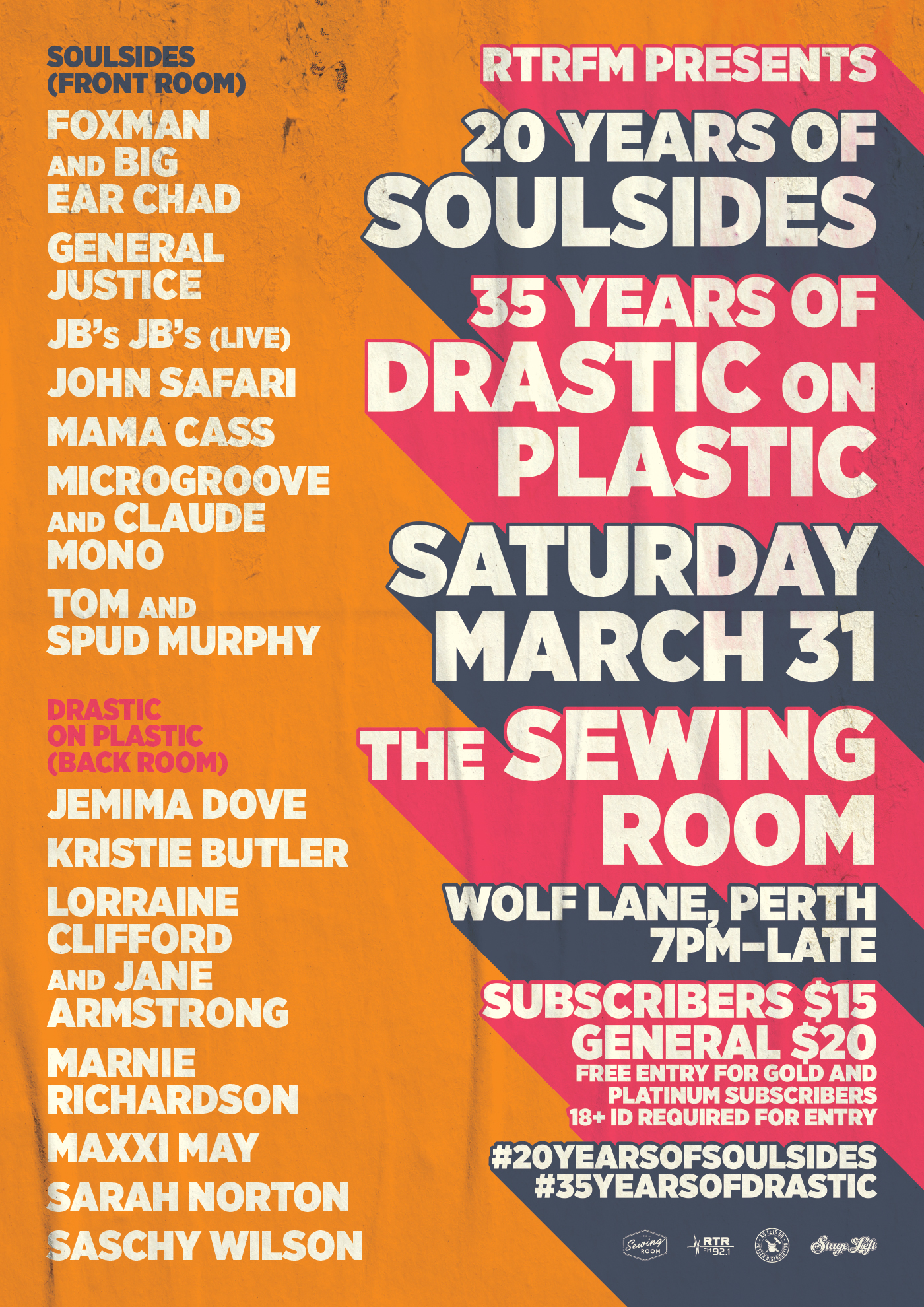 Join RTRFM as we celebrate two of our longest running shows, Soulsides and Drastic on Plastic, with a two stage party at Perth’s newest late night haunt, The Sewing Room, Saturday March 31st.

In the front room catch all your favourites from the Soulsides crew, as they celebrate 20 years of soul, rhythm and blues and all that lies between with a hip shaking romp late into the night and early into the morning.

Plus, the live sounds of JB’s JBs, the project of local band leader John Brown taking on the music of legendary band The J.B’s, James Brown’s backing band.

Expect a night of rarities, oddities and classic soul tunes as we create our very own soultrain in the basement of The Sewing Room.

Join the team from Drastic on Plastic as they celebrate everything that is amazing about women in music and the radio show that has been bringing them to you for 35 years on RTRFM.

Join us for the ultimate celebration of two of RTRFM’s longest running radio shows. Get down for a dance, a boogie and one hell of a good time.