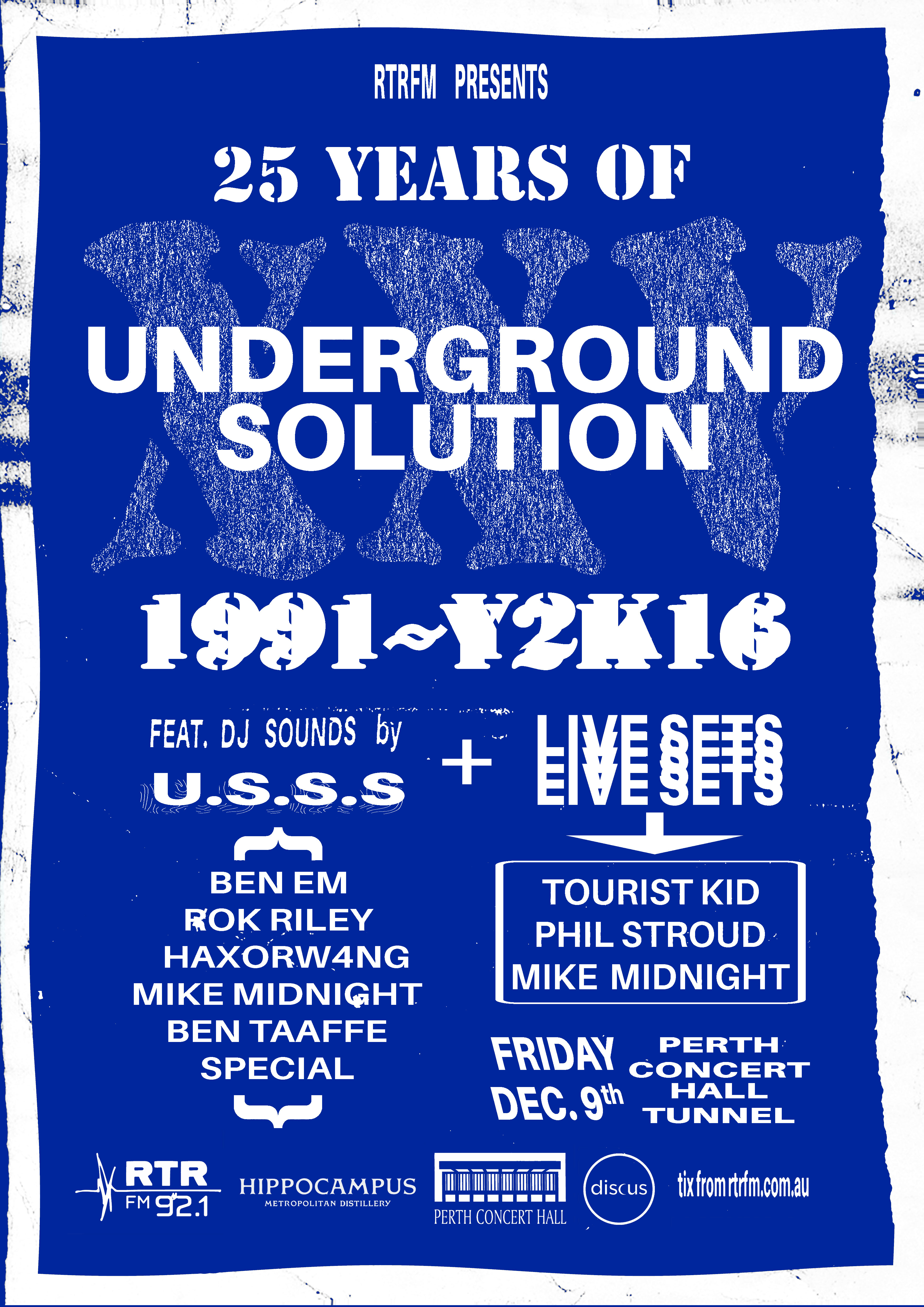 Since its inception, Underground Solution has been at the forefront of electronic music, unearthing innovative and scene-changing sounds from Perth and beyond. From the early days under the Strictly Rhythm banner, its formative years with Ben Stinga, the ambitious live broadcast from The Greenwich in the 90s when internet radio was unheard of, to the modern collective of master selectors, the Underground Solution crew remain devoted to mining the frontiers of forward-thinking dance music, from wiley veterans to bedroom producers to the fringes of new movements in electronica.

PHIL STROUD weaves percussion and ambience with the finesse of a master craftsman and the poise of a conductor. On his Good Company Records release The Forest / Yemaja, and his soon-to-be-released eponymous debut LP, Stroud illuminates new territories of rhythmic possibility, melding hypnotic percussive patterns with organic, mystic flurries into a mix that’s thought-provoking, meditative and eminently danceable.

“There aren’t many musicians locally, even in Australia, plumbing this kinda sonic well, and here it is in impeccable form. Perth can be very proud of its Stroud.” – Cool Perth Nights

TOURIST KID conjures sonic remedies to quell the tinnitus in his head. On his debut EP A Circulation, out through Melbourne label This Thing, his compositions traverse the intersections of glitch, rhythm, ambience and melody. What emerges is a collection that embraces minimalist composers and contemporary noise artists in equal measure, resulting in an aesthetic that feels like the sounds of sacred geometry.

“A Circulation is art in osculation. Refine your ears one EP play at a time.” – Tiny Mix Tapes

MIKE MIDNIGHT is one of Perth’s most forward-thinking DJs. In the last 12 months, he’s cemented himself as a fixture of clubs and warehouse parties around Perth, played shows in Eastern Europe and supported Detroit producer Omar-S and contribute a mix to Rinse FM. No one is more prepared to guide you deep into the mix.