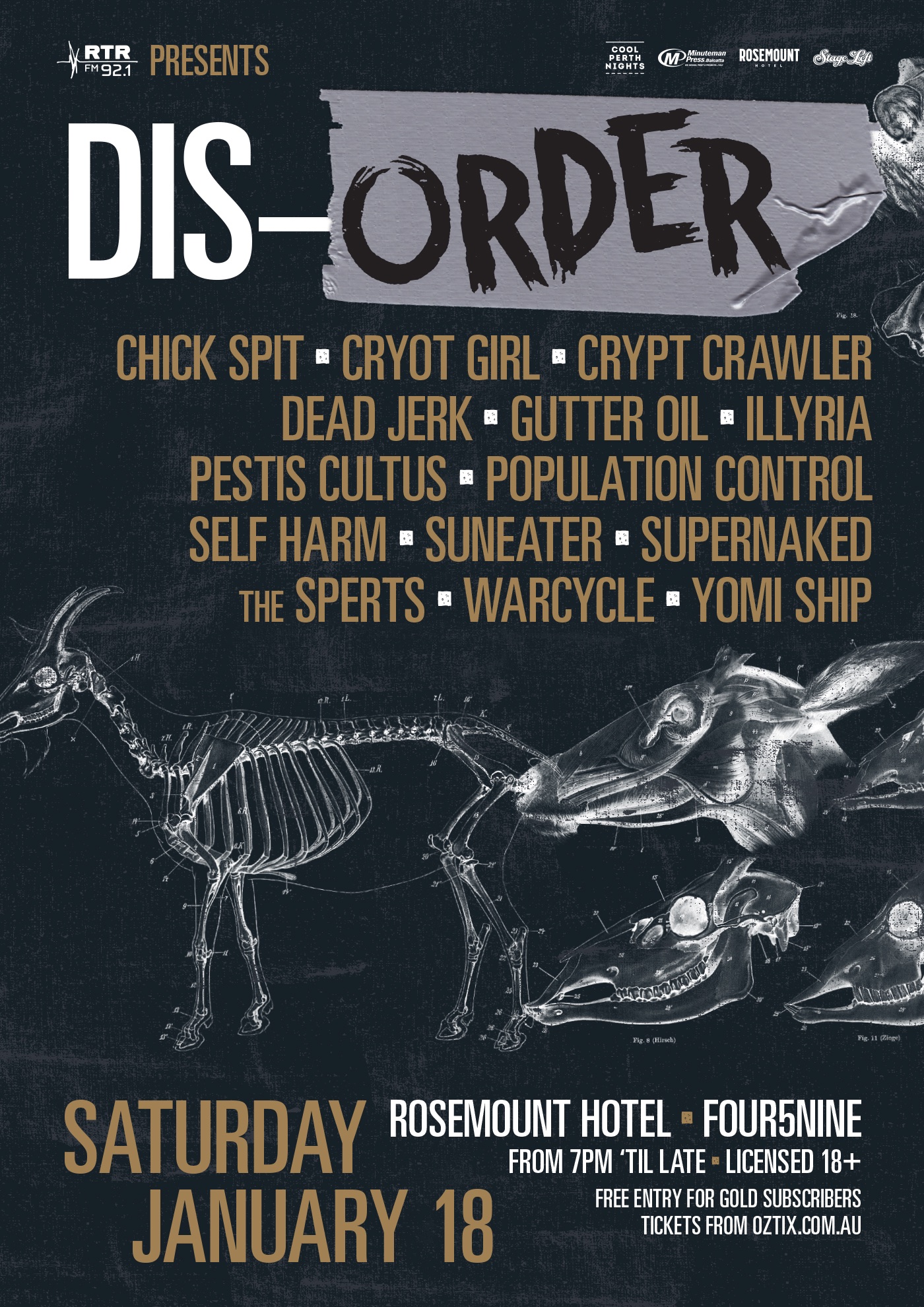 RTRFM KICKS OFF THE NEW DECADE WITH A BRAND NEW EVENT, DIS-ORDER AS WE BRING THE HEAVY SOUNDS TO THE ROSEMOUNT AND 459.

In 2020 RTRFM start its event calender with something heavy, loud, rawkus and dis-orderly as Dis-Order takes over three stages at The Rosemount and 459 as some of Perth’s finest heavy and punk acts takeover.

In 459 we go punk and hardcore with the sounds of Cryot Girl, the intensity of Chick Spit, thrash impact of Gutter Oil, fast paced sounds of The Sperts and the brutal sounds of Warcycle.

At the back of the main room of The Rosemount we keep things on the rock tilt with the double druming power of Dead Jerk, the crunchy sounds of Supernaked, massive sounds of Suneater and the post rock wizardry of Yomi Ship.

On the main stage we get brutal with heavy heavy sounds of Crypt Crawler, the metal of Pestis Cultus, the melodic sparseness of Illyria, the brutal sounds of Self Harm and the hardcore heaviness of Population Control.

Dis-Order celebrates the heavier sounds of Perth as RTRFM kicks off it’s fundraising events calender in the new decade.

All proceeds go to RTRFM.