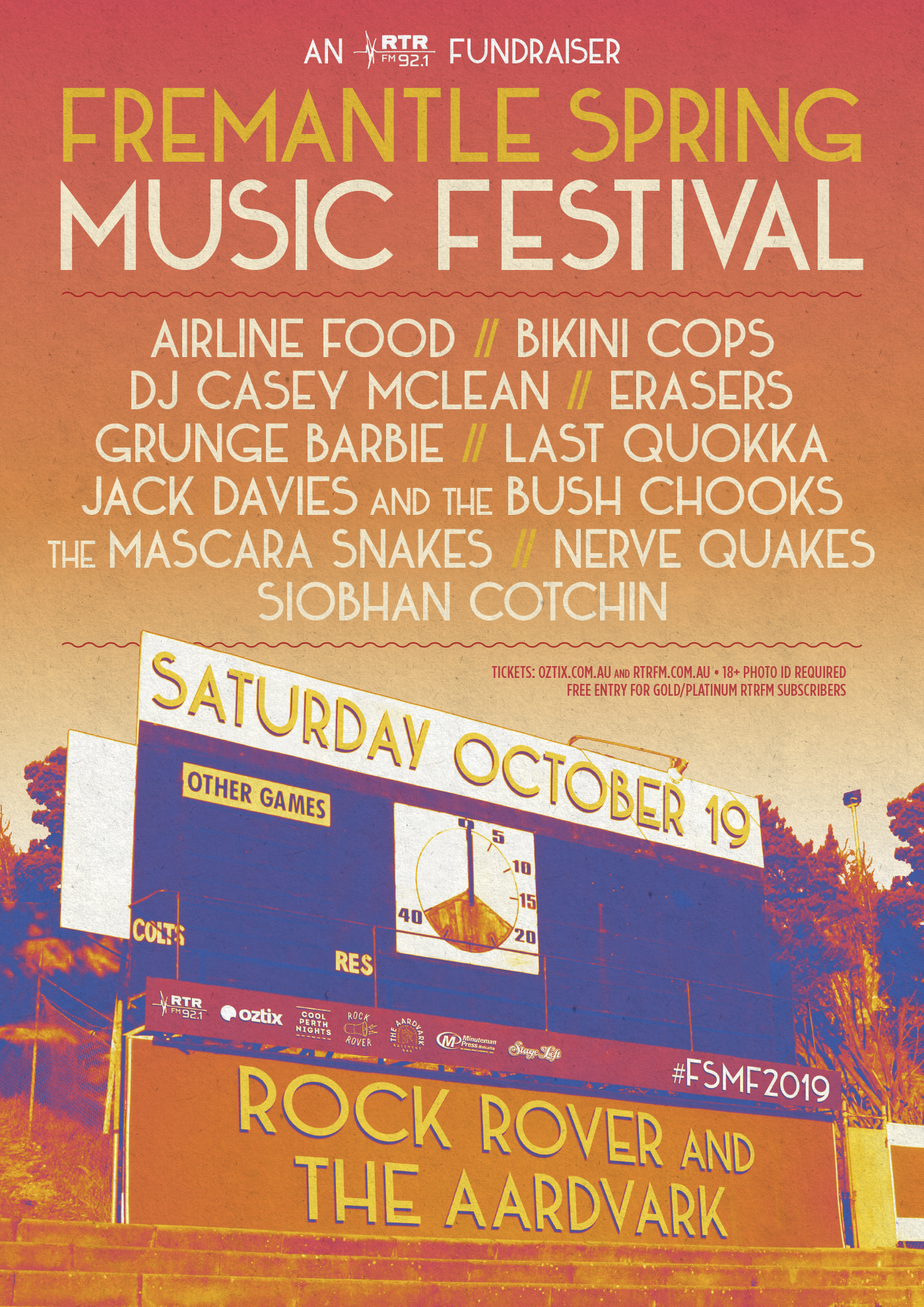 RTRFM is heading to the port city in spring for our two venue festival in the heart of the city, Saturday October 19. Think the Winter music festival but warmer.

Featuring 10 acts across 2 venues, join us as we head to one of Freo’s newest favourtie music haunts, Rock Rover (Sth Fremantle Football Club, Clubrooms) and The Aardvark (below the Norfolk Hotel)

At the Rock Rover things will get eclectic at the home of the Bulldogs. Catch Fremantle’s newest favourite sons Jack Davies & The Bush Chooks, post punk legends Nerve Quakes, the indie magic of Siobhan Cotchin, the floating melodies of Airline Food and the drone, experimentalness of Erasers. Plus, RTRFM’s Drivetime’s Casey McLean will be bringing home the party.

Down the road and to the left bask in the underground wonder of the The Aardvark, where things will get loud with the punk vibes of Last Quokka, Bikini Cops, Grunge Barbie and The Mascara Snakes.

Join us as we journey back into the heart of Fremantle across two venues and a mass of local talent.

Presale tickets to Fremantle Spring Music Festival are available now via rtrfm.com.au and Oztix. All ticket sales help to keep RTRFM on air and supporting local, independent music and arts.

Time: 7pm - 12am
Venue: Rock Rover and The Aardvark