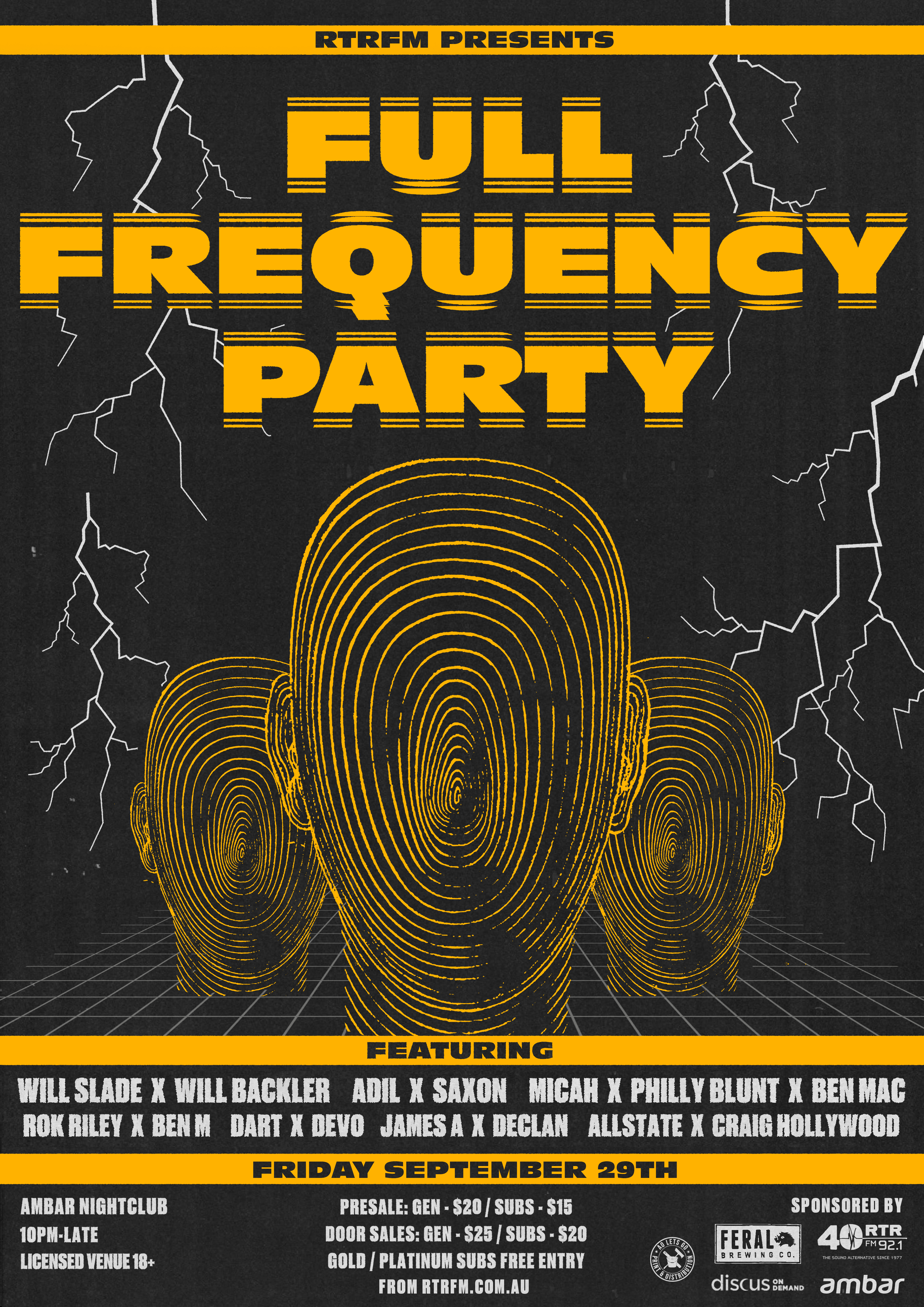 Originally part of the Drivetime roster, Adil Bux and Ben Stinga lead the charge for electronic music during the day across the airwaves. In the early 1990’s new management looked to move the program to another time slot on Saturday evenings, this show became Strictly Rhythm and later Underground Solution with now legendary, Ben Stinga.

Originally lead by the heavyweights of the Perth club scene, Rhys Evans, Rachel Harvey, Dan the Man, Mr Whippy (Jeremy Junk, who has since passed) and Saxon. Later to be taken over by a host of DJs and presenters including Mallinder, Ecohic, Sardi, Ben Elliot, Rok Riley, Ben M, Jo Lettenmaier, James A, Massiv Trav, Craig Hollywood, Matty P, Declan Doherty and more.

Now in RTRFM’s 40th year we are going back to the big beat and bringing you the ultimate Full Frequency Party at Ambar, Friday September 29. The current line up of presenters will be joined by some of those who used to call 3-5pm home.

A massive line up for a massive show at a massive venue. Join us as we roll out four o’clock classics, get down to the funky beat and play music to make you lose control.

For more information and tickets head to RTRFM.COM.AU.