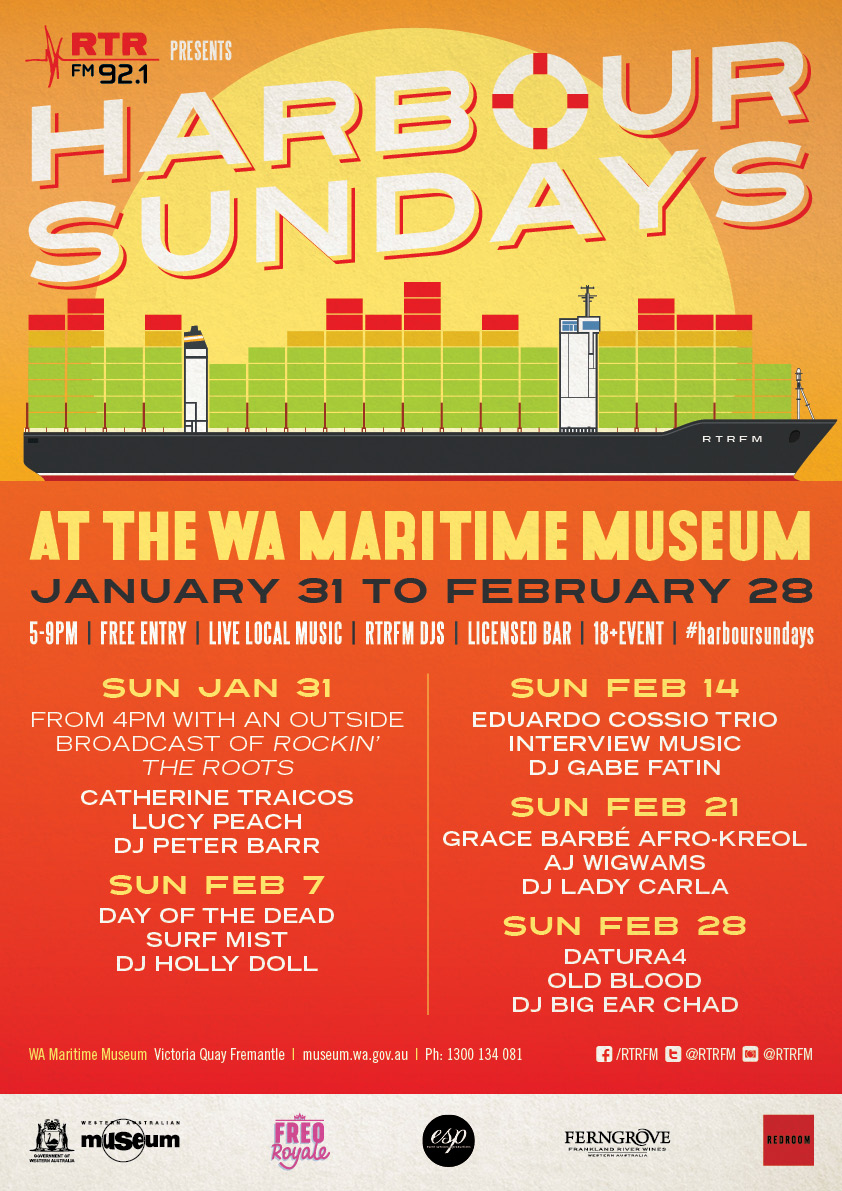 RTRFM in partnership with Western Australian Museums is proud to announce the debut of Harbour Sundays, a five-week series of FREE live music at the WA Maritime Museum in Fremantle.

Taking place on the balcony of the WA Maritime Museum with panoramic views of the Fremantle Harbour, Harbour Sundays brings together a stellar slate of the finest jazz, blues, folk and rock ‘n’ roll Perth has to offer, alongside a fine selection of RTRFM DJs.

It all kicks off on January 31, starting with a live outside broadcast of RTRFM’s Rockin’ The Roots, followed by moody blues songstress Catherine Traicos launching her new album, Brave the Good Dark. Exquisite singer-songwriter Lucy Peach rounds out the rest of the bill, along with ex-Breakfast presenter and RTRFM heartbeat Peter Barr on the decks.

Harbour Sundays will bring together a surf spectacular featuring Day of the Dead and Surf Mist with DJ Holly Doll on February 7.

Closing out the series on February 28 will be a spacey, heavy blues odyssey, featuring Datura4, Old Blood and DJ Big Ear Chad.

Enjoy free live music and RTRFM DJs from the balcony of the WA Maritime Museum in Fremantle this summer.