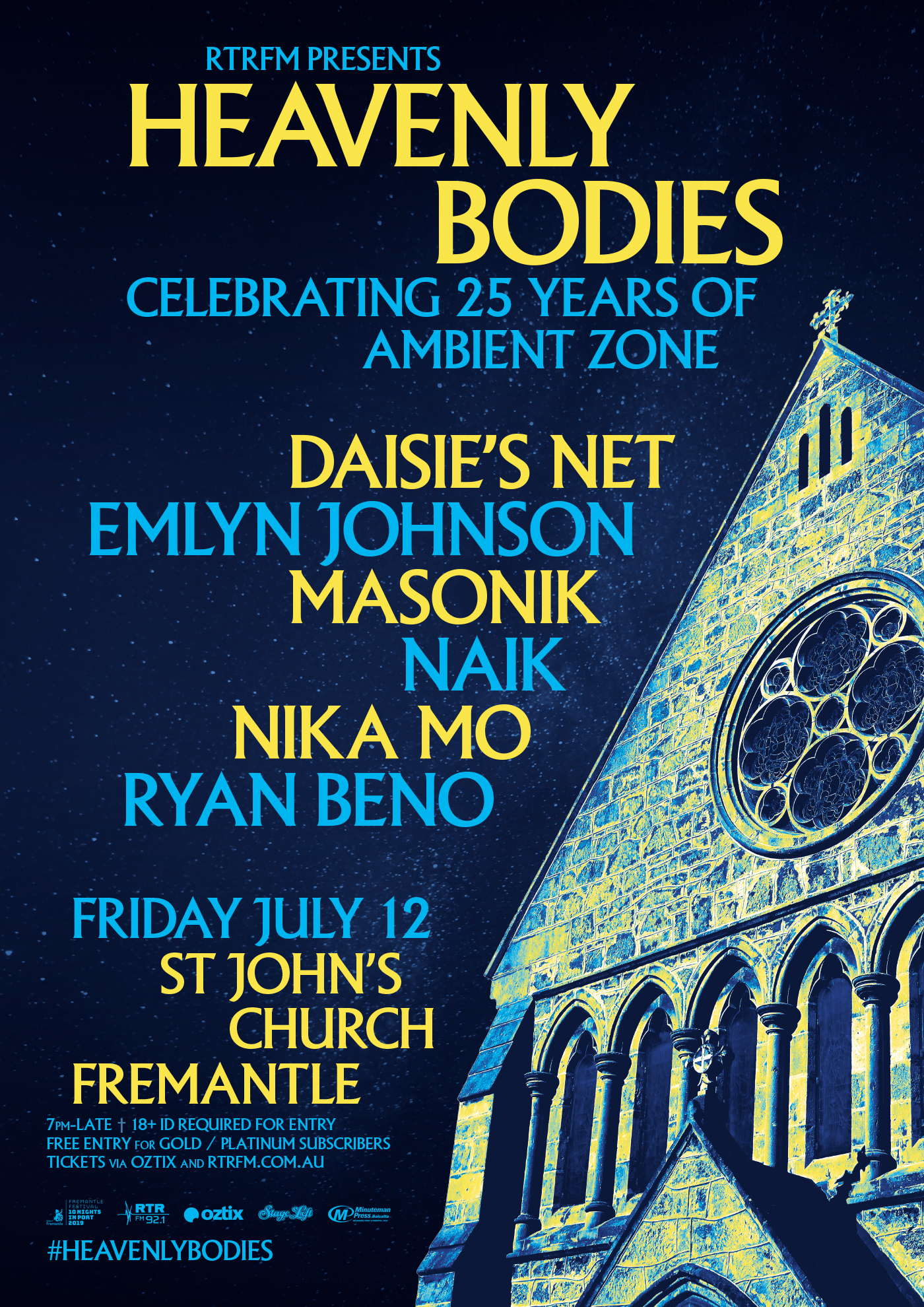 HEAVENLY BODIES AS PART OF THE FREMANTLE FESTIVAL: 10 NIGHTS IN PORT.

Join us at St John’s Church in Fremantle as we fill the hall with the wonders of some of Perth’s finest ambient and experimental musicians in the stunning surrounds. Catch the sounds of Naik, Masonik, Nika Mo, Daisie’s Night, Ryan Beno and Emlyn Johnson.

We haven’t seen him playing live for close to 2 years but multi instrumentalist and all round audio wizard Naik is back. He has some new tunes on the way and will play a very special ambient set as he fills the church with his mesmerising sounds. Plus, his visuals will astound you.

Ryan Beno are a perfect representation of the unbelievable talent of musicians in WA. Made up of WAAPA and non WAAPA mates, Ryan Beno make jazz fueled ambient beats and pieces. Having kicked around the Perth experimental scene for over 10 years, Masonik make jazz and experimental music that pushes the boundaries of both genres.

Relatively new to the live music scene, Daisie’s Net uses multiple instruments to create layered and deeply textural lo fi music with a emphasis on story telling and the human experience. Nika Mo is a song writer of the highest order, making magically folk music that will fill the church. Also catch the sounds of Emlyn Johnson as he takes us into his wonderfully magic and odd mind with a collection of country tinged ambient tunes with his mate Edo.

For more information and tickets head to RTRFM.COM.AU. Tickets also on sale through Oztix and Fremantle Festival.