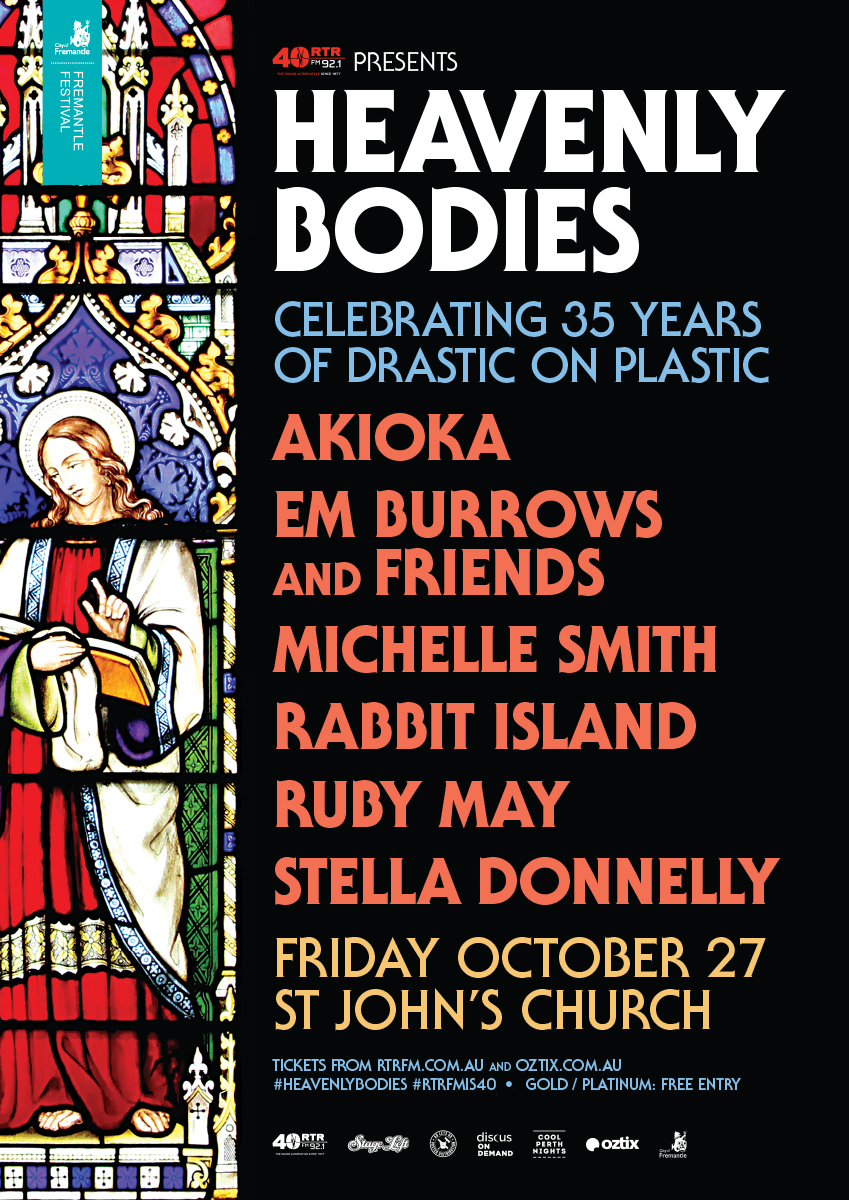 Join us at St John’s Church in Fremantle as we fill the hall with the wonders of Perth’s finest musicians and artists, Friday October 27 with Stella Donnelly, Rabbit Island, Em Burrows and Friends, Ruby May, Akioka and Michelle Harpist.

Few artists in Perth this year have captured the RTRFM listener like Stella Donnelly, her irreverent and unique take on the world, captured perfectly in her honest and moving song-writing, has led to her being one of the most played performers on RTRFM this year. Catch her in solo mode as she fills St John’s church with her ethereal voice.

Amber Fresh aka Rabbit Island has captured the imagination of WA music fans for ten years with her soaring vocals and magical song-writing. Catch her with a full band, made up of her musical and life-long mates. Em Burrows never stops making music, whether it be with her band The Bearded Rainbow or solo, she is a force to be reckoned with and has a grasp on the musical world like very few before her. Joined by a gang of friends, Em will fill the halls of St John’s Church with her ambient, other worldly sounds.

Ruby May’s backed by here eight-piece band will let her voice soar across the church as she belts out her unique take on new-soul. Akioka makes music in her bedroom. DIY to the very core, she makes incredibly intricate and marvelous beats. Michelle Smith aka Michelle Harpist is a classically trained Harp player who has shared the stage with a number of WA performers. A major part of Mathas’ live make up, her harp transcends beyond the traditional.

Heavenly Bodies: 35 Years of Drastic on Plastic takes over St John’s Church in Fremantle, Friday October 27 to kick of the 2017 Fremantle Festival. Celebrate West Australian music in a unique venue whilst celebrating 35 years of women in music on the Sound Alternative, RTRFM

For more information and tickets head to RTRFM.COM.AU. Tickets also on sale through Oztix and Fremantle Festival.