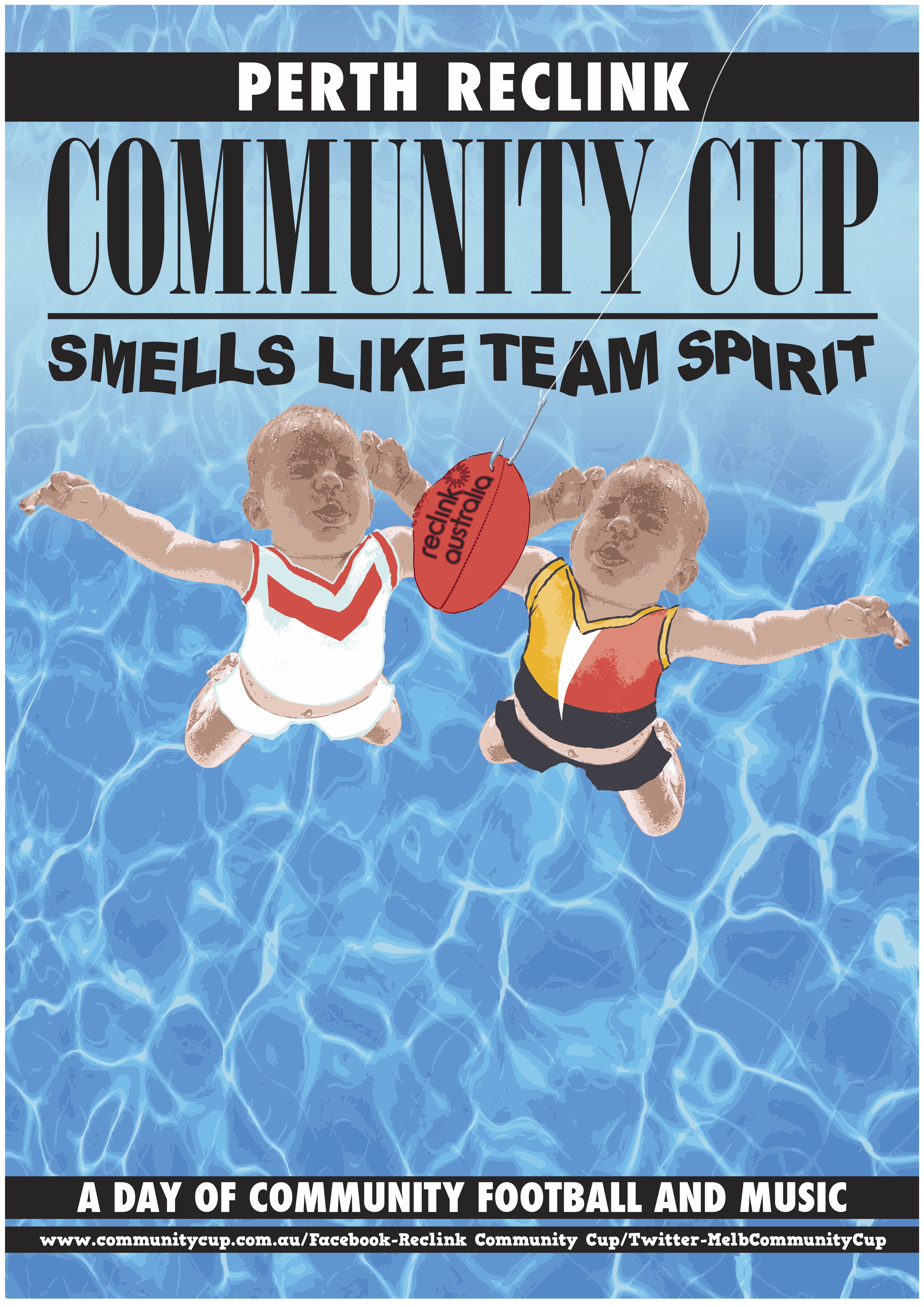 ALL PROCEEDS GO TO RECLINK AUSTRALIA

After a thrilling introduction to the WA market last year, the Perth Reclink Community Cup is warming up to return for 2016. Not only have teams have been determined and training sessions commenced, but the captains, coaches, commentators and bands have all been locked in to what is set to be a centimetre perfect day.

Whipping the Bandgropers into shape for some pre-cup coaching sessions is WA football luminary Ron Alexander. Coaching the Newshounds are Dockers legends Shaun McManus and Peter Bell.  Our on day trainers include 2015’s AFL Woman of the Year, Jan Cooper and The West Australian’s State Political Reporter, Gareth Parker has joined the umpiring team.

Teams will be lead by heroic captains Chris Dart Kelly (RTRFM’s Full Frequency) and Sarah Norton (RTRFM’s Homegrown/Drastic on Plastic) for the Newshounds and Tom Fisher (Tom Fisher and the Layabouts) and Maisie Glenn (Ensemble Formidable) for the Bandgropers. This year, we’re thrilled that an esteemed local politician will don the Newshound jersey. Ben Wyatt (MLA) and Shadow Treasurer and Shadow Minister for Aboriginal Affairs in WA will be running onto the ground.

After the game, a celebratory gig will take place in the club rooms, with the Newhounds out for revenge after last years drubbing at the hands of the Bandgropers. Come on down early to catch Dennis Cometti (the band) before the game, The Beautiful Losers during half time and everyone’s mate Peter Bibby post game before heading into the club rooms for some DJ action.

One of last year’s highlights was the comedic commentary stylings of Tristan Fidler and Matt Acorn, with classic lines like “That tackle was a twister. Haven’t seen a twister like that since Bill Paxton and Helen Hunt!” and “It’s anyone’s game… if you’re not paying attention to the scoreboard”. We are thrilled to have them back on board for more comedy gold for the 2016 cup.

Also available from the RTRFM Office.