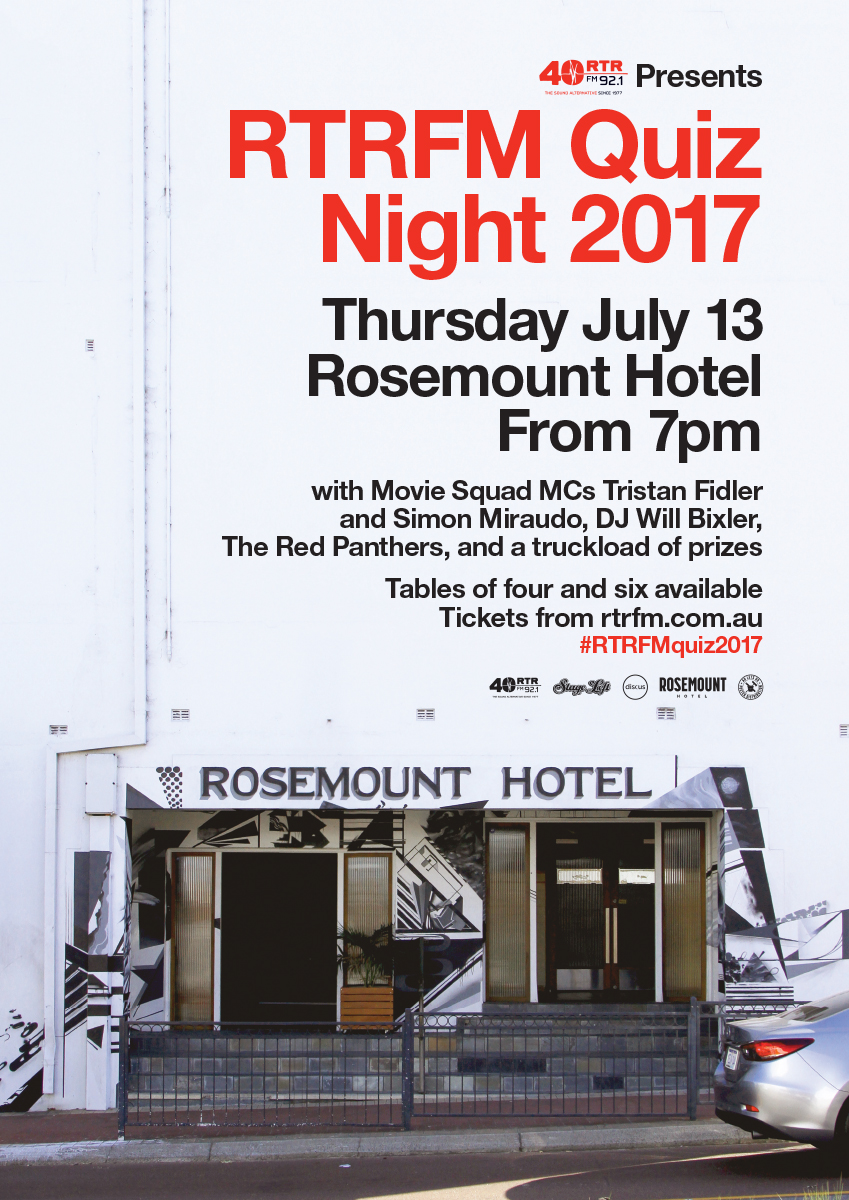 The annual RTRFM Music Quiz features ten rounds of mind-bending trivia that will test your brain power, but not too much testing. Join new MC’s Simon Miraudo  and Tristan Fidler from Friday Breakfast’s Movie Squad joined by DJ Will Bixler, keeping you entertained all evening. Plus a Science with Sarah round, featuring Breakfast with Caitlin’s resident Science expert Sarah Lau.

Get together a table of either six or four of your brainiest, train-spottery type friends to see if you can take the coverted title of Champion Team.

This year, we will also be joined by The Red Panther, featuring members of The Rhinehearts and the Leeches who all have one thing in common, shimmering red tinged hair. Catch them as they play a medley of songs involving the word red or produced by a fellow red head, can you guess all 10 songs.

RTRFM’s Music Coordinator and Monday Out To Lunch presenter Will Backler (Bixler) will be on the wheels of steal all evening, testing your brain power with a number of musical questions.

Simon Miraudo and Tristan Fidler, while being your MC will also test your indie film knowlegde with the Movie Squad round and catch the return of the superb Sandy round. A round of oddly named bands and songs, can you guess which is real or not real? Plus a very special science round with resident Breakfast with Caitlin scientist, Sarah Lau.

Join us in the newly revamped Rosemount Hotel’s Main Room for a bite to eat, a drink and a raucous good time of quiz magic.

There will be prizes awarded to the Champion Team plus the famous prize for the worst team plus you will get bragging rights and ultimate geek respect from everyone at RTRFM.

This event sells out every year so get your table booked quickly!