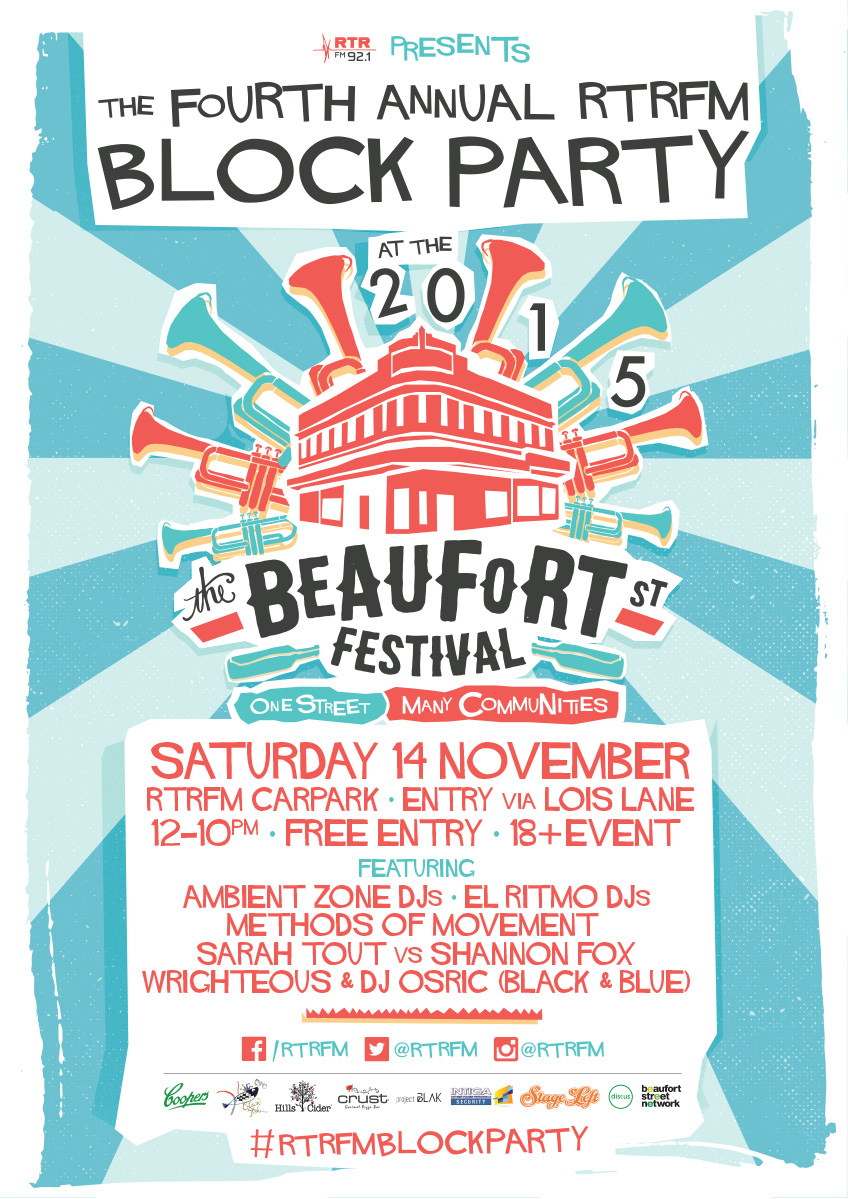 RTRFM is heading back to school with a ‘90s schoolyard themed Block Party at the 2015 Beaufort Street Festival on Saturday, 14 November.

It’s all going down at the RTRFM car park from 12 noon ‘til 10pm, just a hopscotch awayfrom the Beaufort Street main drag.

The station’s fourth annual Block Party will celebrate all that’s wonderful about its Mount Lawley locale, with a community radio twist.

A well-schooled collection of RTRFM DJs and musical eggheads will spin tunes, kicking off with a sister showdown as Drastic on Plastic’s Sarah Tout takes on former Drivetime presenter Shannon Fox.

DJs Wrighteous and Osric from RTRFM’s Black & Blue program will keep the Block Party lively as they dig through their crates for the finest in Latin and Afro-inspired global beats and lush downtempo grooves. Closing out the night are the dance party dream team that is the Methods of Movement DJs, ‘til the final bell rings at 10pm.

This Beaufort Street Festival, make it you and RTRFM down by the schoolyard!