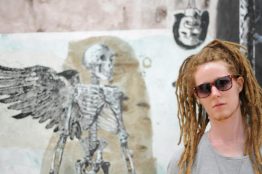 I’d been on Murdoch Radio then Radio Fremantle for a few years, plus a few spots on triple j, but I’d really been passionate about RTRFM during those years. Awkward. One day I had a random conversation with Rok Riley – basically I think it involved me having too many beers and Rok being way too nice to not have a chat with the right people. Somehow from that hangover I ended up on Morning Magazine from 2003 for a couple of years til I took up Drivetime, then had a bit of a sabbatical and have been back in action since early 2012.

Firstly I’d take a bigger spaceship to pack more music in…or an iPod… But, if I have to restrict myself from lame attempts at smartass answers, let’s go with a cheater’s response… Home-made ‘best of’ compilations of Radiohead, David Bowie, Portishead, Dirty Three and Lou Reed.

Being able to share great music and information to like-mind people – can’t get a better buzz than sharing the love!

Harvey Rae and I once presented our Drivetime program without a single off-air argument about music.

Underground Solution because a) It’s just before Trainwreck so it would mean I’d get to TW early for a change b) They average having about 5 people in the studio so you’d never feel unpopular and c) Their show rules.

Try to balance living as unrealistically as possible with reality. 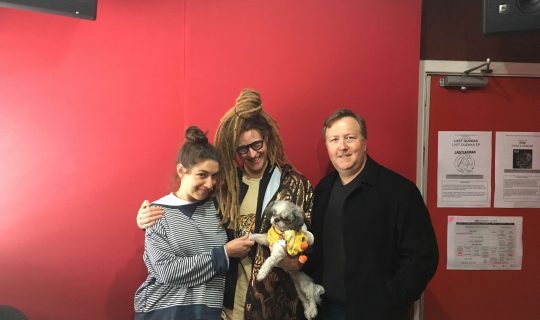 Time to drop what you’re doing and clear your diary for the first weekend in November. […]

Diger Live in the Place

Perth’s own Diger Rokwell never stops making music. With 7 albums under his belt he has […]