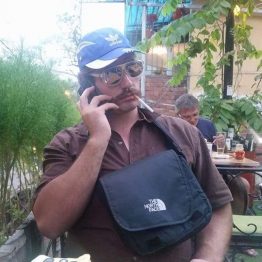 A lot of friends were involved with the show and I’d always had an interest in presenting. Malphas and Aslan really pushed me towards the presenters course, and after completing it and doing a few Up Late slots, Zanthus invited me to become a regular presenter for Behind the Mirror. Now I get to sit up late on a Wednesday night and share the music I love with like minded folk.

Being involved in a long running show with like-minded folk that I get to call my friends. Sharing and having new music shared with you, presenting a particular show you are passionate about with a similar co-host, and hopefully making someones night by introducing them to a something new.

But besides presenting BTM in particular, being involved in a community of music geeks whom are every bit as passionate and knowledgeable about the music they vibe with and play really is amazing. Sitting down with people and hearing them rattle on about albums and artists, and seeing how music can tie social groups and friends together is a pretty cool thing to be aware of.

That time a bunch of ruffians tried to break into the studio, so we sent up a bunch of Home Alone style traps, foiling them at their every step until the final showdown in Studio 1 where a kindhearted homeless man with a shovel sorted them out before police arrived. This may or may not haven happened.

Posted. Besides being a big fan of the show, it’s the show I feel most familiar with and comfortable, in terms of artists and genre.

I work full time for a security firm as well as studying Marketing and Management at Curtin. Besides that I pass the time by playing in a post-doom band with some friends, trying to go to as many gigs as I can and getting beaten up at my BJJ classes a few times a week. Oh, and wallowing in eternal misery and solitude, like all BTM presenters. 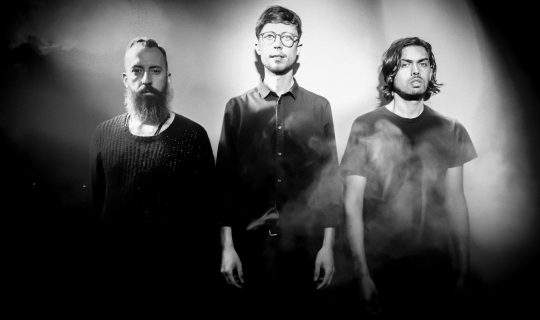 New Territory for My Disco

tagged with Gorn presented by Gorn