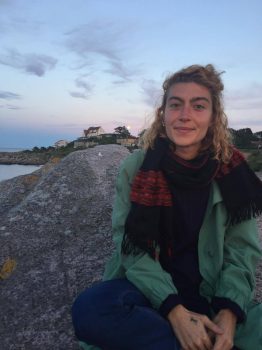 I used to volunteer in the office doing admin jobs, helping out at the front desk. That’s how I got to learn about various shows and found out Trainwreck did guest DJ sets. I ended up playing a couple, which convinced me pursue my involvment with the training course and present Up Late. Superflog and I got to do some replacements for Basscheck before becoming members of Cloudwaves.

To see the limits being pushed in terms of musical diversity and freedom of expression. I love everything about RTRFM and admire each and every individual working hard and succeeding in making this station better each day. There is a great sense of community and support towards presenters and staff, which is the best place to be.

Being actually able to say something on the mic. It has happened on several occasions…

Underground Solution. I love their seriousness toward presenting an excellent quality show, which includes a very technical and helpful for the audience way of experiencing the show. In addition, their musical criteria is very specific and exclusive. A door to a new world of music can open if looking up even one song played in the show.

Looking at the clock and counting the hours till I get to do my hobbies.