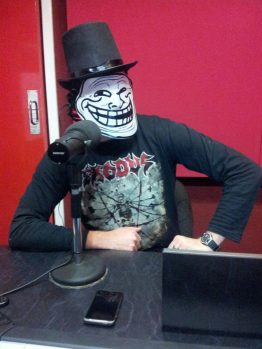 I made the jump from conventional music to alternative to metal during high school. The first metal song I ever heard was Napalm Death – Plague Rages from an old Earache Records compilation which also featured Entombed, Cathedral and Godflesh.  Fear Factory supported by Choke at Metros in Fremantle (in 1998) was the first live gig I went to. It opened my eyes and ears to the thriving local metal scene in Perth, as well as the local radio shows – Critical Mass, Behind The Mirror and Metal Heart (now The Quest).

I started volunteering at another community radio station in 2005 and cut my teeth working on a weekly metal radio show with Deryk (Critical Mass co-host). When an opportunity arose in 2011 to join the Critical Mass team part-time, we jumped at the chance!

I have a short attention span so the best thing is getting to hear lots of new music, via your own show and others. That, and meeting other like-minded music geeks.

Switching the studio off-air after accidentally bumping a bit of equipment. I was new to RTR at the time so I was freaking out a bit. The incident happened halfway through a Nevermore song. Luckily the failover system came on, blasting some reggae music out over the airwaves  and before too long we sorted out the problem and resumed the show. I haven’t played any Nevermore since!

Behind The Mirror because they have such a cool-sounding, mysterious name.

Control systems engineer – a rather obscure form of engineering. Most attempts to explain the subject are typically met with eyebrow-raising, eye-glazing and foot shuffling. 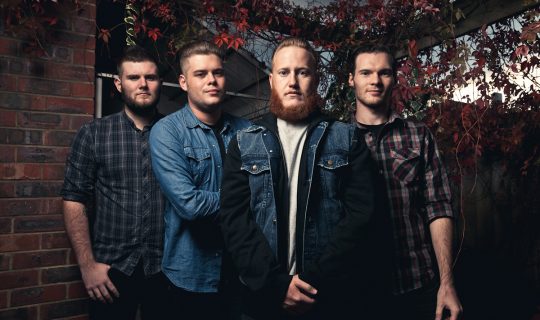 Local hardcore band Statues have released their debut album, Together We Are Alone. Eighteen months in […]