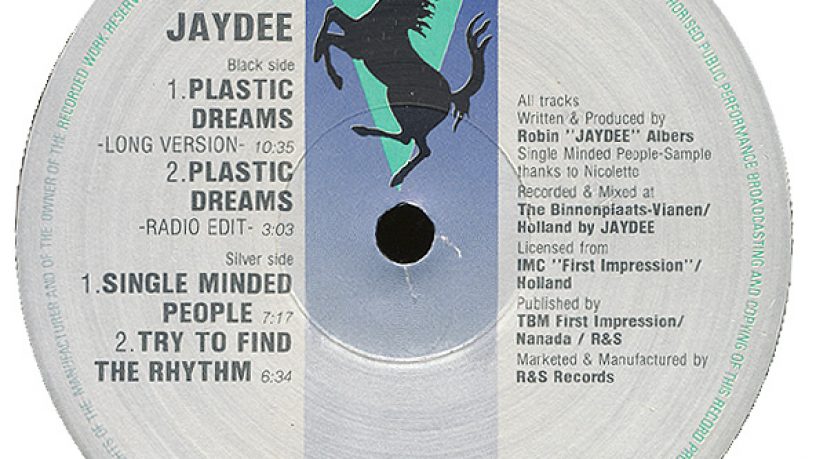 This week we’re going all the way back to 1993 for the throwback: this week’s track is one of the classic nineties house tracks, Plastic Dreams by Jaydee. This was Jaydee’s debut release and came out on the R&S label during its nineties heyday when it dominated the electronic and house music scene. In the early 2000s, the label appeared to go on an extended sabbatical. Thankfully, the label returned to fantastic form in 2010 with releases from James Blake, Pariah and Space Dimension Controller.